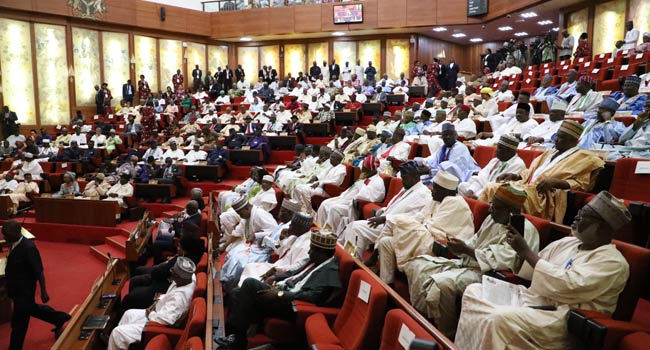 Pictures of Arrival of Senators as the inauguration of the ninth Assembly just commenced. Some other elected legislators

After citing orders 2, 5, 7 of the Senate chamber, he proceeded with roll call

As at the time of filing this report,senators-elect argued on the process to adopt in voting. While some pushed for secret ballot ,others want open ballot.

“There’s an order from the court that it should be open ballot,” says a senator-elect but the clerk said he did not receive any court order on that.