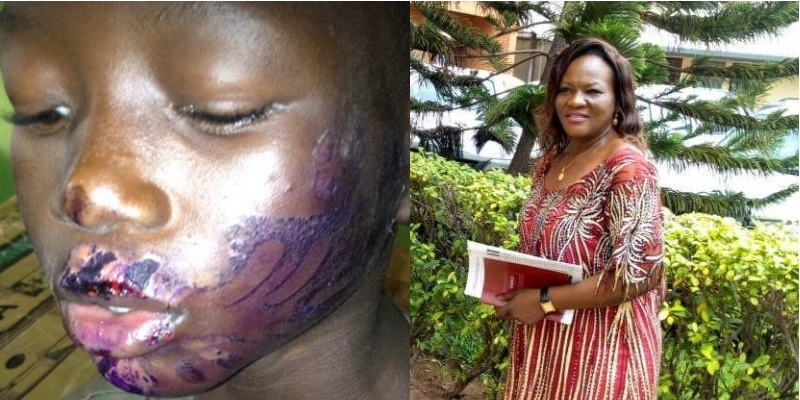 A Nigerian on Twitter has alerted the public and authorities on the atrocities committed by a stepmother against her husband’s 10-year-old son at Owode Onirin in the suburb of Lagos.

In one of the multiple posts on Sunday, Opomulero Eleniyan, who tweets as @Opomulero_007: wrote: This is Ezekiel Kuti, he stays with his dad and stepmother at Owode Onirin, opposite old Barrack in Lagos. His stepmother used hot electric iron on his face. Pls, help repost till something is done about this.” In other posts, Opomulero showed the other scars inflicted on Ezekiel, with photographs of the stepmother and her husband, who he said is a soldier.

“This is the father of the boy who refuses to do anything or say anything about the issue …he is a military man ..I guess he believes he is above the law ..help save little Ezekiel he is just 10 years old”.

Over to the Lagos State Government to take appropriate action.