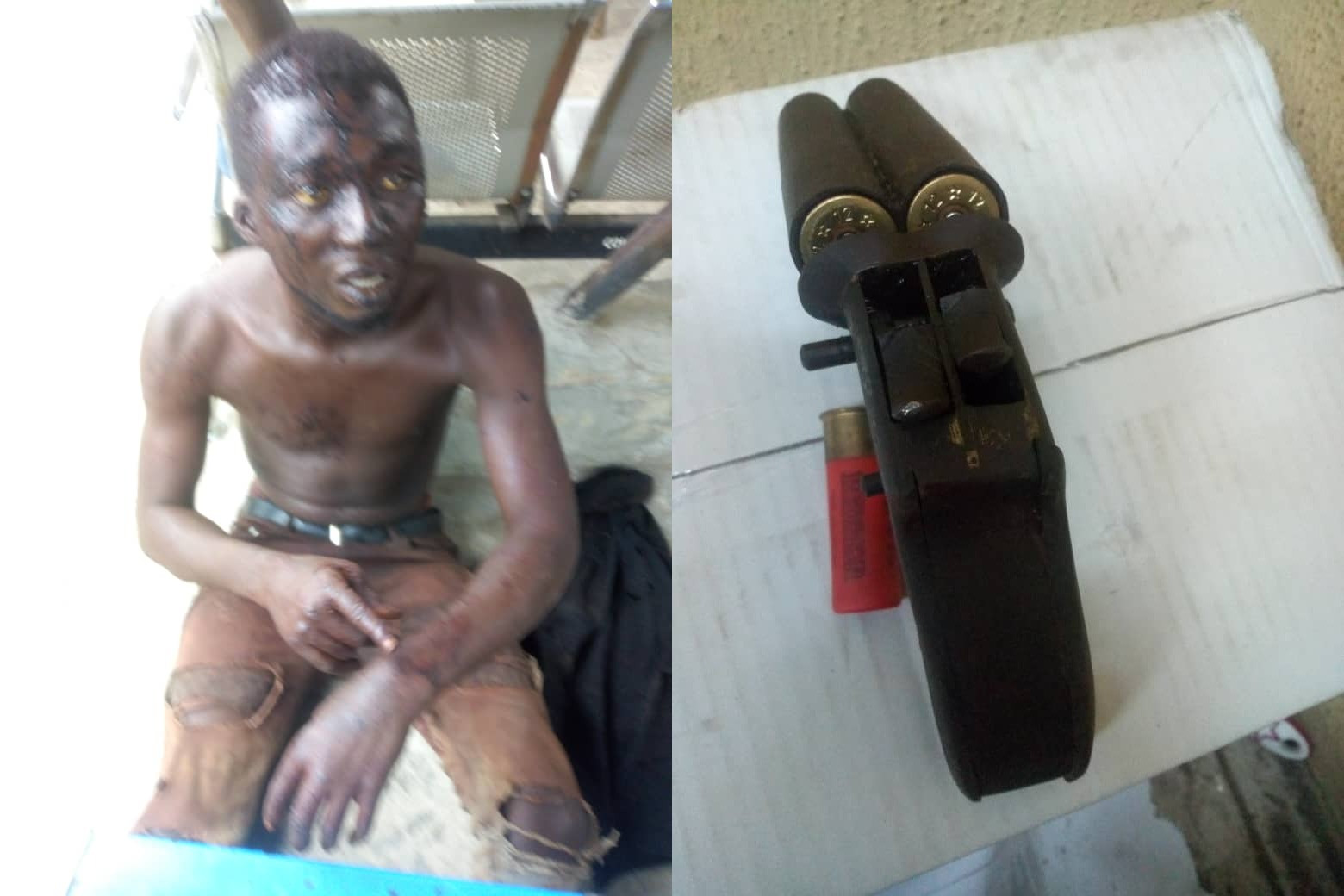 A statement released by the command’s spokesperson, Bala Elkana, says on the 8th of June at about 10.00am, one Mohammed Faruk ‘m’ of No 37 Teslim Street, Bariga reported at Sabo Police Station that, two men namely Tobi Onileowo ‘m’ 26year old of Ilupeju and Olakunle Ayo ‘m’ 25years old of Igbogbo, Ikorodu shot him with a gun in an attempt to snatch his motorcycle.

A team of Police Officers led by the Divisional Police Officer Sabo, CSP Chike Ibe swung into action. The suspects engaged the team in a gun battle but were subdued.

Tobi Onileowo was arrested while Olakunle Ayo was fatally injured.One Double Barrel pistol with two expanded cartridges and one live cartridge were recovered from the suspects. Bala said the suspects will be charged to court once investigation into the matter is concluded.