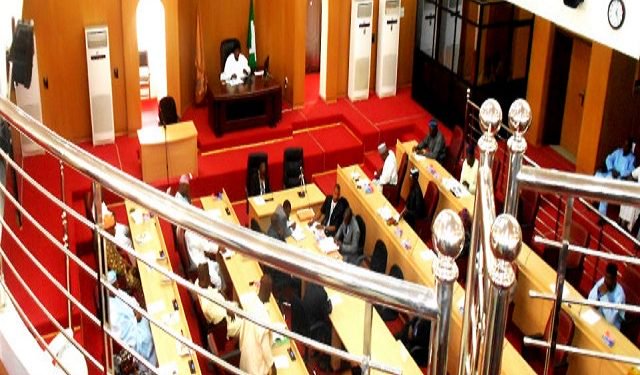 Mr Timothy Owoeye, representing Ilesha East State Constituency, has emerged as the new Speaker of Osun 7th House of Assembly, during the inauguration of the new Assembly on Thursday.

The News Agency of Nigeria (NAN) reports that the emergence of Owoeye, makes him the 5th Speaker of the state Assembly, since the creation of Osun in 1991.

Mr Femi Popoola, representing Boripe/Boluwaduro Constituency, emerged the Deputy Speaker as both of them were sworn-in and administered the Oath of Office by Clerk of the House, Mr Simeon Amusan.

In his first official duty as the new Speaker, Owoye inaugurated the 24 remaining lawmakers comprising 22 males and two female members, to pilot affairs of the Assembly with him for the next four years.

Owoeye also conducted election for other lawmakers into the principal offices of the Assembly, where Mr Moruf Olanrewaju , representing Irewole/Isokan Constituency emerged the Majority Leader while Mr Adewunmi Babajide of Ede North, emerged the Minority Leader.

The Speaker in his inaugural speech, titled “As the great work continues”, recounts his sojourn in the assembly from 2007 till 2019, where he started as a Minority Leader in 2007 to later become the Majority Leader from 2011 to 2019.

He said the assembly was filled with people across party divides and promise to be a bridge between the party lines and work harmoniously with the executive to bring dividends of democracy to people of the state.

Osun Governor, Mr Gboyega Oyetola, in his remarks, commended the 6th Assembly for working cordially with the executive, which reflected in the developmental projects, peace and tranquility that existed in the state.

He called on the 7th Assembly to follow the footsteps of the last assembly by working with the executive to deliver dividends of democracy to the people and urged them to engage in vibrant debates.

Mr Najeem Salaam, the outgoing 4th Speaker of Osun Assembly in his remarks, urged the new Speaker and the lawmakers to give their constituents adequate representation and work in unity, putting aside party differences.