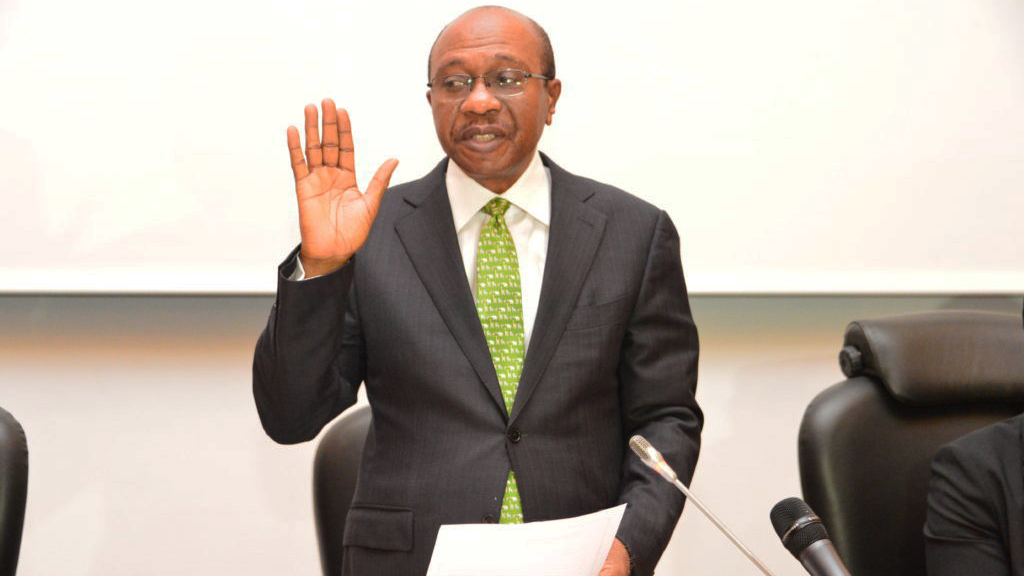 This followed the confirmation of his re-appointment as Governor by the Senate on May 16, 2019.

Emefiele, who was received into the Bank by the four Deputy Governors, was visibly elated by the turnout of excited staff that thronged the venue of the oath-taking ceremony chanting his name.

In his remarks after the oath-taking ceremony, the Governor expressed gratitude to God; President Muhammadu Buhari, for nominating him; and the Senate for confirming his appointment. He also thanked the management and staff as well as the media for all their support during his first term in office.

While disclosing that he will unfold a new road map for the Bank and the economy, in the days ahead, after series of consultations with critical stakeholder groups, he charged all stakeholders to strengthen efforts at building a healthy and stable system in the best interest of Nigeria.

The Governor also reiterated the goal to make the CBN more people-focused, adding that the Bank remained resolute in the belief that the Bank must play an active role in supporting job and wealth creation in Nigeria.

In reviewing the various efforts taken by the Bank to reduce weaknesses in the Nigerian financial system as well as support improved productivity of the Nigerian economy, Mr. Emefiele said more work still needed to be done in building a stronger economy for the benefit of all.

According to him, the pace of Gross Domestic Product (GDP) growth remained fragile and was below the rate of Nigeria’s annual population growth at 2.7 per cent.

He, therefore, pledged that the Bank would continue to collaborate with the fiscal authorities to strengthen growth and wealth creation in the country.

“We must strengthen our efforts over the coming years to stimulate growth and job creation in critical sectors of the economy, which will help insulate our economy from shocks in the global economy.

“We must also work to build a healthy and stable financial system that contributes to the growth of our economy while preserving price stability,” he added.

Meanwhile, CBN’S Director, Corporate Communications, Mr. Isaac Okorafor said the Governor will address a world press conference next week, where he will unfold a new road map for the central bank of and the economy.