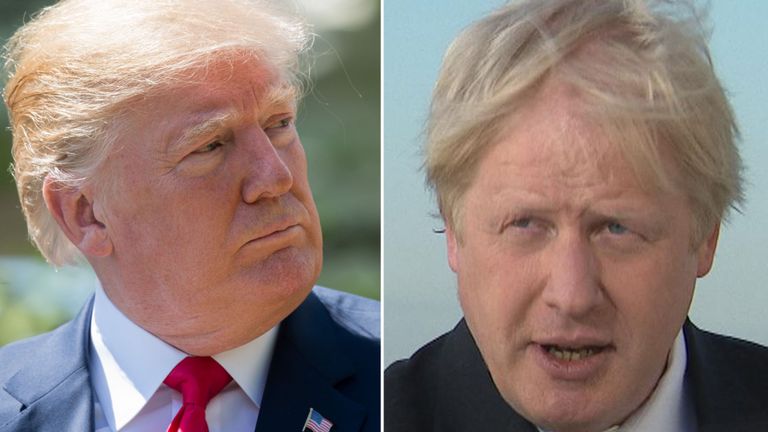 Trump was speaking ahead of the start of a state visit to Britain on Monday, during which he will meet May.

She is set to resign on June 7 over her failure to deliver a deal to bring Britain out of the European Union.

He added that several candidates in the Conservative leadership race had asked for his support, without revealing who.

A key Leave campaigner in the Brexit referendum, Johnson has said he is prepared to take Britain out of the European Union, “deal or no deal”.

Trump also repeated his criticism of how May has handled Brexit negotiations, saying Britain had allowed the EU to “have all the cards”.