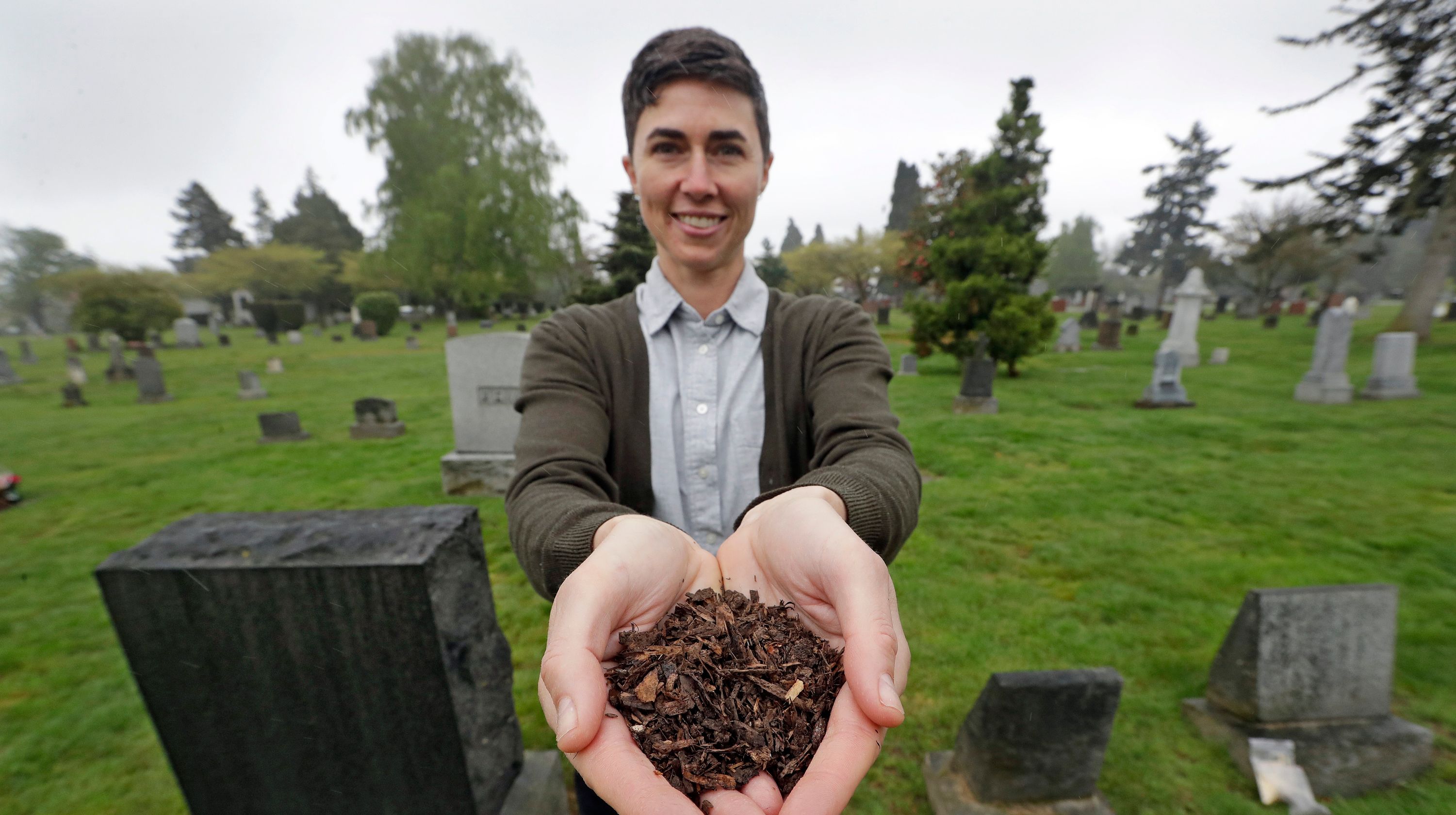 Governor Jay Inslee has signed a new legislation making Washington the first state to approve composting as an alternative to burying or cremating human remains.

In composting, a body is “covered in natural materials, like straw or wood chips, and over the course of about three to seven weeks…it breaks down into soil,” says Katrina Spade, CEO of the human composting company Recompose.

The new law allows licensed facilities to offer “natural organic reduction,” which turns a body, mixed with substances such as wood chips and straw, into about two wheelbarrows’ worth of soil in a span of several weeks.

Loved ones are allowed to keep the soil to spread, just as they might spread the ashes of someone who has been cremated or even use it to plant vegetables or a tree.

Supporters say the method is an environmentally friendly alternative to cremation, which releases carbon dioxide and particulates into the air, and conventional burial, in which people are drained of their blood, pumped full of formaldehyde and other chemicals that can pollute groundwater, and placed in a nearly indestructible coffin, taking up land.

“That’s a serious weight on the earth and the environment as your final farewell,” said Sen. Jamie Pedersen, the Seattle Democrat who sponsored the measure. He said the legislation was inspired by his neighbor: Katrina Spade, who was an architecture graduate student at the University of Massachusetts, Amherst, when she began researching the funeral industry. She came up with the idea for human composting, modeling it on a practice farmers have long used to dispose of livestock.