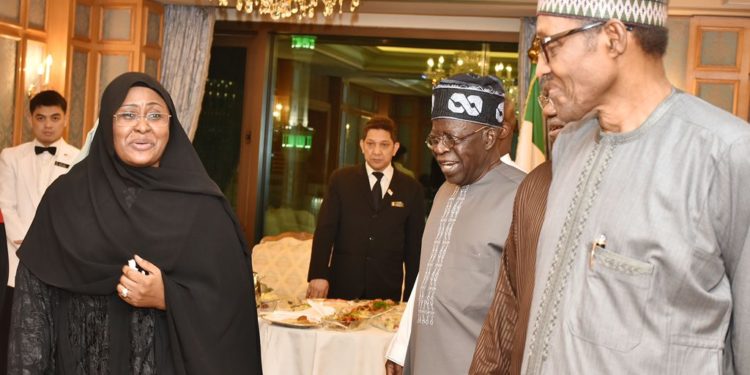 The details of the meeting between the National Leader of the All Progressives Congress (APC), Nigeria’s ruling party, Bola Tinubu and President Muhammadu Buhari in Makkah, the kingdom of Saudi Arabia.

During the meeting, Tinubu, a former governor of Lagos state, urged Nigerians to consider the enormity of challenges facing Nigeria, and support the President.

This online news platform understands that Tinubu made this statement after an Iftar dinner meeting with President Buhari, along with Sultan of Sokoto, His Eminence, Alhaji Muhammadu Sa’ad Abubakar and Emir of Kazaure, Dr Najib Hussaini Adamu.

A statement issued by Garba Shehu, Buhari’s Senior Special Assistant on Media and Publicity, quoted Tinubu to have “appealed to elderly Nigerians to avoid inflammatory statements, that could undermine peaceful co-existence among the nation’s diverse communities” during the meeting.

The APC National Leader called on Nigerians to rally round President Buhari to solve the problems and stabilize the polity.

“The President worked hard and will continue to do so to ensure peace and stability in the country, which are important for the economy to make progress. These are the key pegs of his agenda. Let us all come together to support him,” he said.

Speaking further, the APC National Leader noted that the Peoples Democratic Party (PDP), Nigeria’s main opposition party, is reputed for “saucy and distractive statements”, urging Nigerians not to be angry with the opposition party, but assist them to overcome their “colossal defeat” in the February 2019 elections.

“Don’t blame them. They are handicapped by the traumatic feelings of the colossal loss of the election. You should help them to manage the trauma,” he added.

The APC National Leader commended President Buhari for the recognition of June 12 as the nation’s Democracy Day.

Also speaking at the meeting, the Sultan of Sokoto pledged his support to the success of President Buhari ’s administration.

The sultan also led prayers for President Buhari’s second term in office, and for the nation to overcome current challenges.