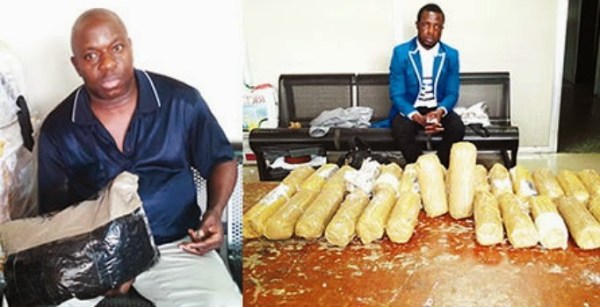 The long arm of law has caught some notorious drug dealers operating in Adamawa state.

The Police Command in Adamawa has arrested six suspected drug dealers operating in the state.

Mr Adamu Madaki, the state’s Commissioner of Police disclosed this while handing over the suspects to officials of the National Drug Law Enforcement Agency (NDLEA) at a ceremony on Monday in Yola.

Madaki said they were arrested by the police anti-robbery squad.

He said he is committed to flushing out criminals including drug dealers and consumers from the state.

He noted that so far about 300 members of a criminal gang group known as “Shila boys” who engage in drug abuse and criminal activities like rape and robbery have been arrested since he assumed office about two months ago.

Receiving the suspects, the state’s Commandant of NDLEA, Mr Yakubu Kibo, lauded the police for their collaborative role in fighting drug abuse in the state.

Kibo noted that such collaborative effort between security agencies in the state has been yielding positive results.

He assured that the suspected would be prosecuted in law courts at the end of investigations.