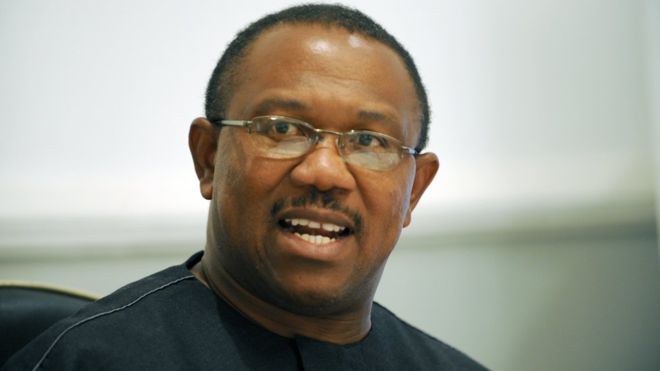 Valentine Obienyem, a media aide to PDP Vice Presidential candidate, Peter Obi, has stated that his principal didn’t suffer heart attack as reported in the press.

It was reported yesterday that Obi who was a one-time governor of Anambra state, was admitted in a hospital in Anambra state after suffering a heart attack.

According to the report, Peter Obi was under close monitoring and was scheduled to be flown abroad if his condition did not improve.

However, a statement released today Tuesday May 7th, by his media aide Obienyem, described the reports as lies.

“Yesterday, I posted a report of how the former Governor of Anambra State felt a bit feverish and had to visit a Hospital at Onitsha. I equally reported that he returned and went straight to office to continue his work. We spent the whole day planning on the focus of his next apostolate: support to 50 selected hospitals.

“Today, the reckless fringe twisted the report that Obi suffered a heart attack. I should believe that anybody capable of coming out with such a wicked and twisted lie is as well as wishing him dead. But the sooner they realize that God is the creator and custodian of all lives, the better for them.

“May I therefore use this medium to inform the public that Obi did not suffer any heart attack or any debilitating illness. He felt a bit feverish, which is one of the pangs of humanity, visited a hospital in Anambra State and that is all. Mr. Peter Obi is hale and hearty” he said.