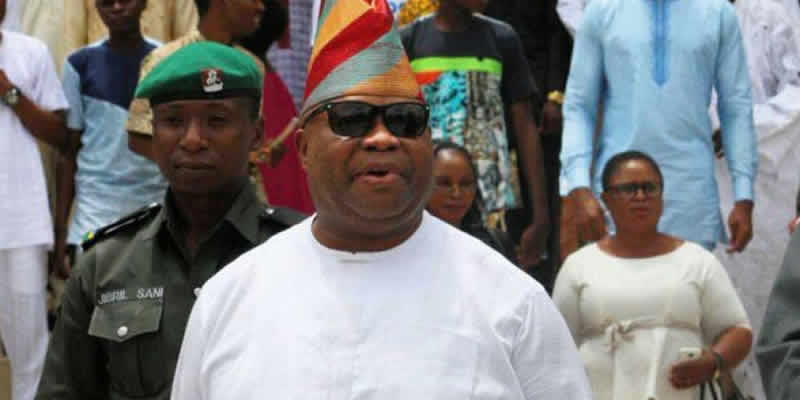 The Akure division of the Court of Appeal on Saturday said the governorship candidate of the People’s Democratic Party (PDP) in the September governorship election in Osun State, Senator Ademola Adeleke was eligible to contest the election.

With Appeal court’s ruling, the controversies surrounding the eligibility of the lawmaker to contest the election or hold the office as a governor might have ended.

The Appeal Court in its ruling dismissed an appeal against the judgment of an Osun State High Court sitting in Osogbo which had earlier confirmed the eligibility of Adeleke to contest the governorship election.

An Osun State High Court had earlier ruled that Adeleke was qualified to contest for the governorship election, having been educated up to secondary school level.

The petitioners however proceeded to appeal against the ruling, maintaining that the Senator was not qualified and therefore Dr Akin Ogunbiyi who is the second runner up at the governorship primary should be declared the winner of the primary election of the party.

The Appeal court sitting in Akure, the Ondo state capital in its ruling dismissed the appeal on three grounds, affirming the judgment of the lower court that confirmed the eligibility of Adeleke.

The first ground was that the court has no jurisdiction to hear the case.

The second was that the sponsored petitioner; one Kingsley Awosiyan from Ife Central has no locus standi to file the case and third was that the matter was brought to court outside the stipulated 14 days after the conduct of the Governorship primary election.

Reacting to the judgment, counsel to Adeleke, Nathaniel Oke said the latest judgment has knocked out the judgment of an Abuja High Court and rendered its conclusion ineffective, null and void with no effect on the candidacy of the PDP candidate for the September 2018 gubernatorial election.

He said the Abuja High court judgment had contradicted the Osogbo High court verdict by rejecting testimonies of WAEC, an examination body which in a sworn affidavit confirmed that Ademola Adeleke sat for its examination with attached results.