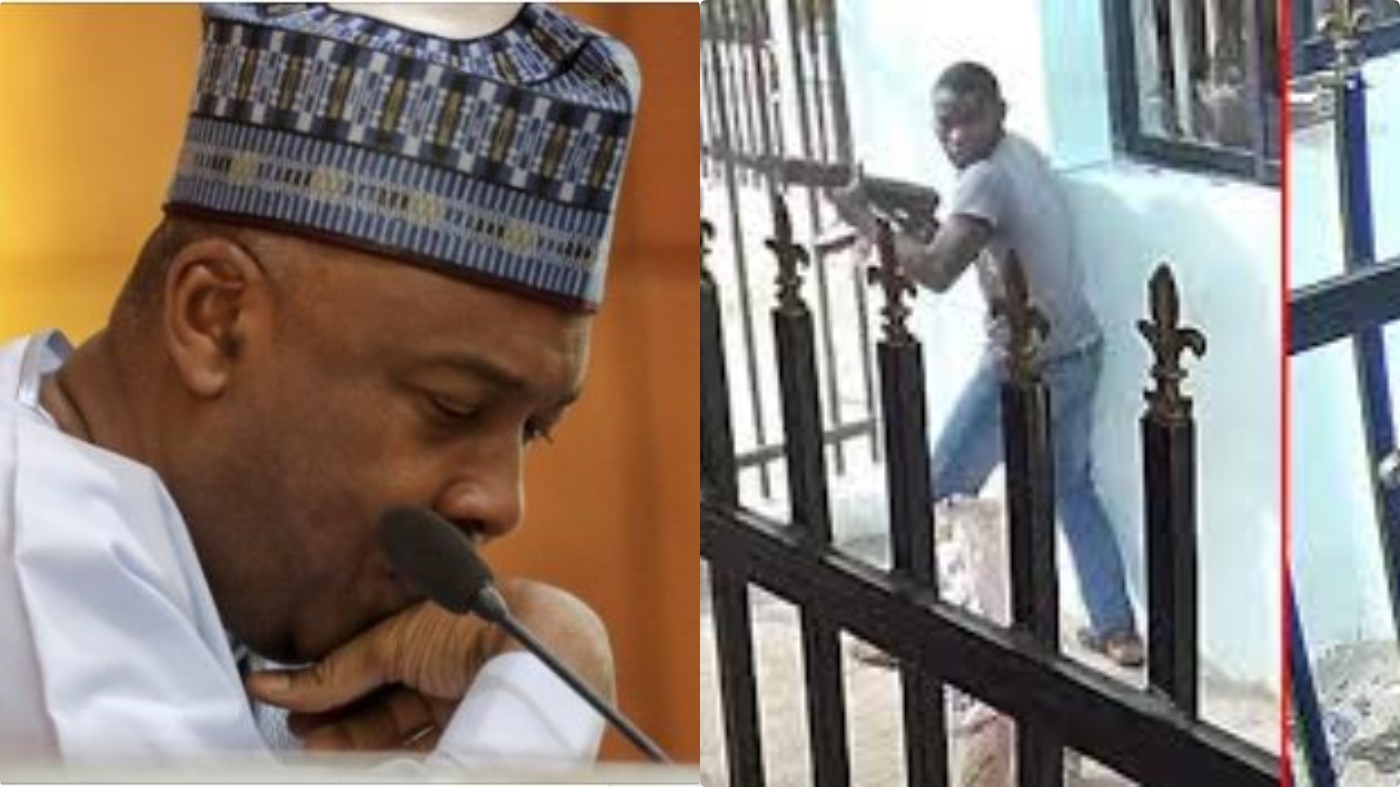 The three men charged to court over the April 5, 2018, bank robbery in Offa, Kwara state, have made a shocking revelation about the involvement of Senate President Bukola Saraki in the whole incidence.

Speaking to the high court in Ilorin, the state capital, the suspects said their confessional statements, admitting to the crime, were obtained under duress.

The police charged Ayoade Akinnibosun, Ibikunle Ogunleye and Adeola Abraham with criminal conspiracy to rob the banks, murder of nine policemen and other citizens, and illegal possession of firearms.

Led in evidence in the trial-within-trial by Mathias Emeribe, their counsel, Akinnibosun said he was tortured and threatened to make confessional statements.

Akinnibosun also alleged that Abba Kyari, deputy commissioner of police, had asked him and the other accused persons to implicate Senator Saraki.

His words: “Abba Kyari told me to say that the Senate President Bukola Saraki gave me the guns for the operations. But I declined to do contending that my life is at stake,”

”He promised that they would reward me handsomely and set me free if I can indict Senator Saraki. When I disagreed, they called some policemen to take me back to the cell. During this time my hands were tied to my legs.”

”The essence is to secure government jobs for the boys,” he said.

Akinnibosun, Ogunleye and Ibrahim gave graphic details of their experience in police custody in Abuja.

They alleged that one Vincent , an inspector, allegedly shot dead five men at the police IRT “theatre room” during one of their encounters.

The trio alleged that it was in the same “theatre room” that Vincent otherwise known as “Mr Torture”, shot dead Michael Adikwu, also a suspect, for failing to indict them in the robbery incident.

According to Ogunleye, “They brought the late Adikwu to implicate us but when he said he had not met any of us in his life, Mr Torture shot him to death.”

After listening to the accused persons’ testimony, Halimat Salman, the presiding judge, adjourned the case till March 25, for continuation of trial.

Hitila Hassan, prosecution witness, told the court that the suspects voluntarily gave their statements under his supervision.

Meanwhile, Naija News understands that this is coming few weeks after the opposition has geered at Saraki for losing Kwara state governorship and senatorial power to the All Progressive Congress.