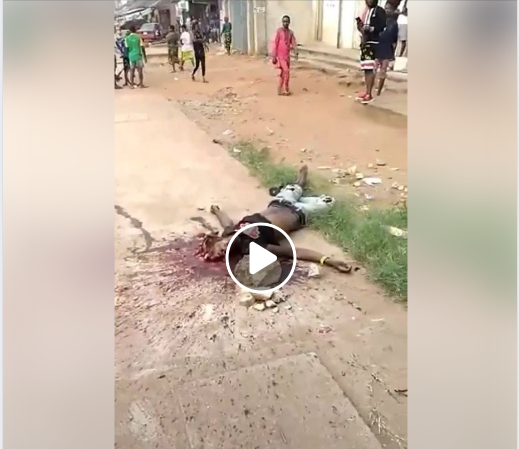 Another life has been claimed in the ongoing cult war between Black Axe, popularly called Aiye, and their Eiye rivals in Benin city, Edo state. It was learnt that the gang clash has resulted in the killing of no fewer than eight persons in the last three days.

The most recent being the killing of a young man, popularly called Africa, yesterday morning at Aifuwa Junction along Upper Sokponba Road in Benin City. He was hacked to death when bullets fired at him did not penetrate his body.

His corpse was deposited at the Central Hospital morgue in Benin City.

On Monday night, one undergraduate identified as John Terry was killed along Upper Uwa Street off MM Way Benin City.

At Three House area, Upper Sokponba in Ikpoba-Okha Local Government Area, traders and shop owners scampered for safety as suspected cultists robbed passers-by and shot into the air on Saturday evening, while two boys from the rival cult groups were reportedly shot dead.

On Sunday night, the manager of a hotel along Erediauwa Road, off Sokponba Road, Osato Okunkpolo, was killed by suspected cultists. A pharmaceutical shop owner, who pleaded anonymity, said over 20 persons ran into his shop when the shooting started on Sunday evening and they laid on the floor to avoid being hit by stray bullets.

He said traders around the area now close their shops from 7:30p.m.

Edo Police spokesman, DSP Chidi Nwabuzor, said the Police has set up security measures to make sure the city is safe, well protected and urged residents in the state to be patient as the focus was on the general election.

Meanwhile, Governor Godwin Obaseki, yesterday evening, condemned the cult-related killings and charged the State Police Command to arrest the trend and bring the culprits to book.