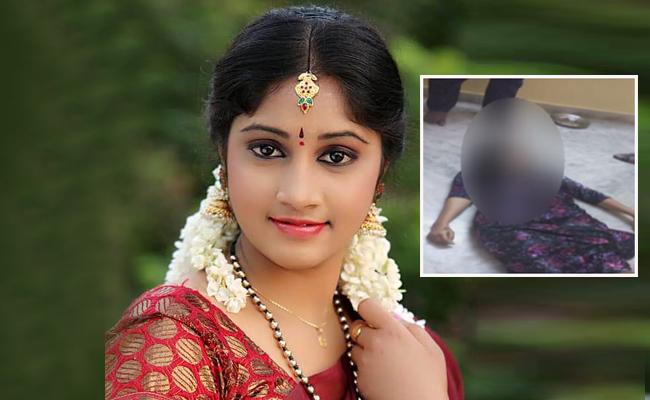 Indian actress, Naga Jhansi, has reportedly committed suicide at her home in Hyderabad.

According to reports, the 21-year-old Jhansi was found in her flat in an apartment complex in Sri Nagar colony in the city.

The actor was said to be alone in the flat at the time of the incident.

It was further said that Jhansi’s relatives told the police that the deceased was in love with a man, who was a distant relative, and her family did not approve of the relationship, which left her depressed.

Her brother Durga Prasad alerted the neighbours when she did not respond to repeated knocks on the door. They broke open the door and found her dead.

Her body was shifted to government-run Gandhi Hospital for an autopsy and a case was registered in the Punjagutta police station.

Jhansi acted in different soap operas including Pavitra Bandhan on MAA TV. She had gained popularity in a short period of time because of the show.

She was running a beauty parlour in the Ameerpet area for the last few months.

Jhansi’s mobile phone has been seized and police are examining the call data and chat records to ascertain more details. The police said that a case has been registered and further details were awaited.

In April last year, popular news anchor of Telugu news channel, V6, V Radhika Reddy allegedly killed herself by jumping from her building in Moosapet in Hyderabad. She left a suicide note stating that she was suffering from depression.

The suicide note was recovered from her bag which she had left behind on the building.

“Due to depression I am killing myself. Nobody else is the reason. My brain is my enemy,” she wrote.

Shocked at her sudden death, several journalists had taken to social media to express their condolences.