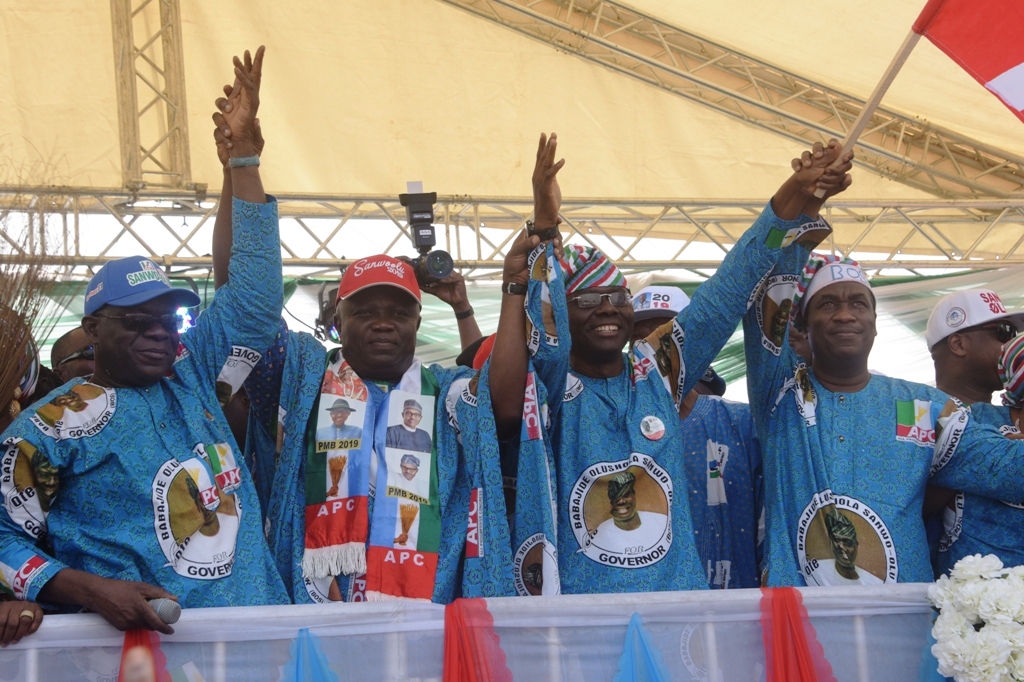 Governor of Lagos State, Akinwunmi Ambode, has said that the gubernatorial candidate of the All Progressives Congress (APC), Mr. Babajide Sanwo-Olu, will emerge as the next Progressive Governor of the state. Ambode stated this on Tuesday, as he led all state party executives, government officials, leaders and other candidates to the official campaign flag-off, which held at the Skypower Grounds in Ikeja, Lagos.

He said the 20 years of constant economic growth that the state has witnessed was a result of progressive leadership, which was pioneered by the APC National Leader and former Lagos Governor, Asiwaju Bola Tinubu.

Said Ambode: “The APC campaign in Lagos State is united and we are all going to do it together. We are happy that everything is going on successfully. The last 20 years has witnessed progressive growth in Lagos State. The first question we should ask is why? The answer is very simple. I have had predecessors that have delivered on their promises. From Asiwaju Bola Tinubu to Babatunde Fashola (SAN) to myself. The 20 years of progressive growth has been under one party, the APC. There has also been uninterrupted continuity of governance. That’s why there have been growth and development.

“What I seek of you all is that you stick to us. The APC is the party to trust. In the House of Assembly, we have 40 candidates. The House of Representatives we have 24. The Senatorial, we have 3. And we have only one governorship candidate and by the grace of God, he will be the next governor of Lagos State.”

Ambode extolled the properties of guber candidate, saying he is the best in the race.

“Jide Sanwo-Olu’s qualities as a former banker, former member of cabinet with strong public sector management skills, cannot be compared with any of the other candidates. He is more competent and reliable and I have no doubt in my mind we will have him as the next governor of Lagos State,” the incumbent governor said.