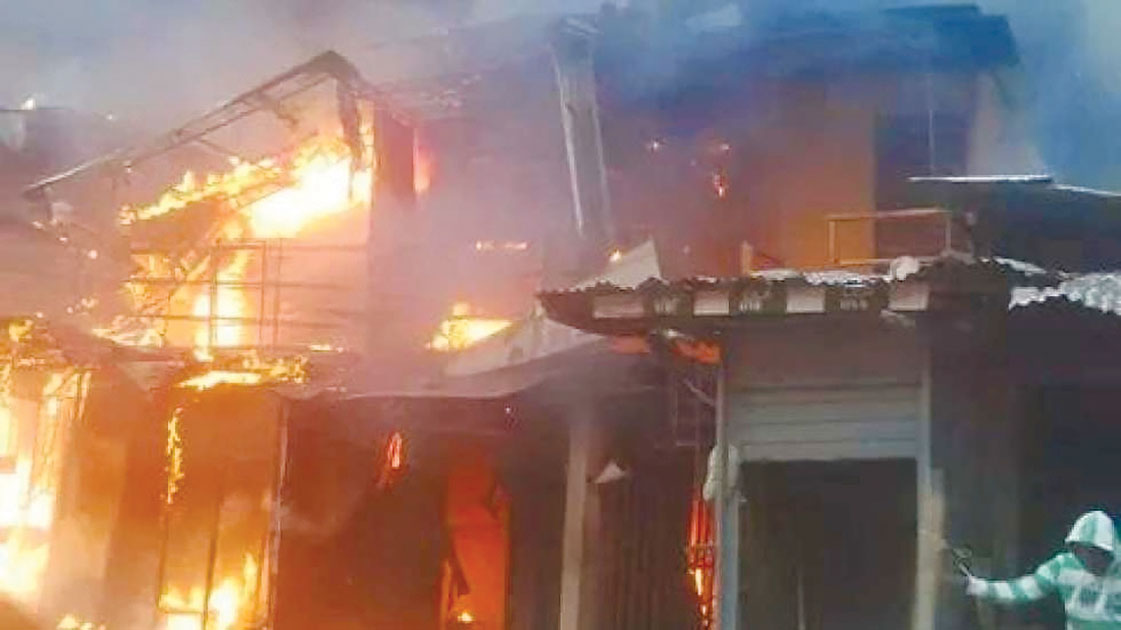 The Police Command in Oyo State said on Sunday that it had arrested 11 suspects in connection with the burning of some shops and houses along Beere-Molete Road, Ibadan.

Some suspected arsonists in the early hours of Sunday burnt down no fewer than 20 shops and houses located on Beere-Molete Road in the Oyo State capital.

The Police Public Relation Officer (PPRO) in the state, ASP Adekunle Ajisebutu, made this known to newsmen on Sunday in Ibadan.

Ajisebutu who said the arrested 11 suspects included their leader, added that law and order had been restored to the affected areas.

“The state Commissioner of Police, Abiodun Odude, has directed the policemen drafted to the area to carry out intensive patrol as well as 24 hours surveillance to avoid further breakdown of law and order.

“The CP has directed that the 11 suspects including their ring leader be charged to court immediately after conclusion of investigations,’’ Ajisebutu said.

The command’s spokesperson said the commissioner of police had warned hoodlums and other criminal elements in the state against wanton destruction of lives and property.

Meanwhile, the Olubadan of Ibadanland, Oba Saliu Adetunji , has summoned an emergency meeting of all family heads in the affected areas in his palace on Tuesday.

The Monarch’s Personal Assistant and Director of Media and Public Affairs, Adeola Oloko, said the meeting was connected with the persistent cases of arson and looting in some areas for some time now.