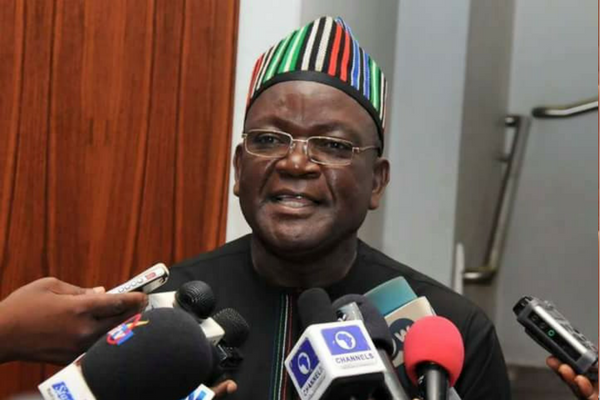 Governor Samuel Ortom of Benue State has said that he chose to pursue his governorship ambition on the platform of the PDP because it was a more credible alternative for him to achieve his policies.

Ortom stated this on Monday in Makurdi during the flag-off of his governorship campaign.

The governor, who won his election on the platform of the APC where he defected to, after losing the PDP governorship ticket in 2014, returned to the PDP some months ago.

“We had to abandon that platform in search of one that offers more accommodation and support for our policies, especially the Open Grazing Prohibition and Ranches Establishment Law 2017,” he said.

He regretted that highly paced officials in the APC-led Federal Government made various attempts to frustrate an imperative legislation aimed at finding lasting peace between farmers and herders in the state.

“Such frustrating efforts by highly placed members of the federal government necessitated my exit from the party to one that will not compromise our stance on a matter so key to the Benue people.

“This is the platform on which we seek the renewal of our mandate. No one will bend us as far as the Ranching Law is concerned because we draw consent and sustained support from the Benue people,” he said.

Ortom, while reacting to critics’ allegation that he had not performed, declared that he had done well “given the circumstances of our economy and unwarranted aggression and attacks on Benue”.

“I may not be a genius, but I perfectly know what I wanted as a governor. I cannot lie to the people that trust me. Take this truth from me; my government has done well, and statistics don’t lie,” he said.

Commenting on the issue of nonpayment of salaries, the governor said that funds were being sourced to pay outstanding arrears of salaries, gratuities, and pensions.

Also speaking, the former Senate President, David Mark, appealed to the Benue electorate to vote massively for all candidates seeking elections on the party’s platform to secure a better future for the state.

The immediate former governor of the state and a senatorial candidate of the party, Mr Gabriel Suswam, accused the APC of being insensitive to the plight of Nigerians.

He, therefore, urged the people to vote for the PDP and reject the APC.

Earlier, in his remarks, former Minister of Interior, Mr Abba Moro, also a senatorial candidate, assured Ortom that the people from Benue South Senatorial zone would vote for the PDP.