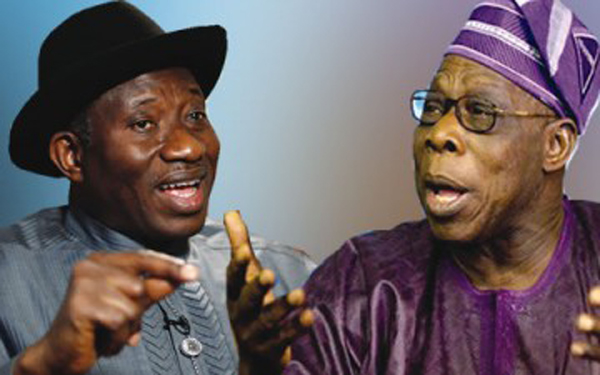 CHIBUZO UKAIBE writes on the major events that happened in the Peoples Democratic Party (PDP) in the outgoing year.

Like every other pre-general election year, 2018 is quite eventful for the Peoples Democratic Party (PDP). The politicking within and without the party intensified especially as the party craved to return to power.

But, entering 2018 on the back of a somewhat touchy national convention which produced the current leadership, the party needed a lot of introspection. And it had to start internally.

National chairman of PDP, Prince Uche Secondus, who was at the centre of the upset during the party convention in December 2017, set off on a reconciliation mission. While the reconciliation committee of the party led by Governor Seriake Dickson of Bayelsa State reached out to aggrieved party leaders, Secondus also moved around seeking to appease and assuage his co-contestants for the top seat which was the major sore point of the convention.

As the party healed its post-convention wounds, it realised it also had to reach out to Nigerians. And so in June, PDP, unprecedentedly and much to the astonishment of many watchers, apologised for the mistakes made in the 16 years it held the reins of power at the federal level.

Secondus, admitted the party’s mistakes in power and asked for forgiveness from Nigerians at a public discourse on contemporary politics and governance in Nigeria, organised by the party in Abuja.

Speaking on the theme, “Nation Building: Resetting the agenda,” Secondus pledged the readiness of the PDP to learn from its mistakes, arguing that regardless of what the party failed to do, experience remains the best teacher.

“I am the very first to admit that our party, the Peoples Democratic Party of Nigeria, made many mistakes. Consequently, we were roundly sanctioned by Nigerians occasioning our loss at the polls in 2015.

“Let me seize this opportunity to apologise to Nigerians unequivocally for the several shortcomings of our party in the near and far past. It was all part of an evolution process without which there can be no maturity,” Secondus had said.

The apology was immediately welcomed by the All Progressives Congress (APC) which urged Nigerians to forgive the former ruling party but demanded restitution in the form of relegation to purgatory for the PDP.

It would seem like the apology worked as prominent aggrieved members of the APC started defecting to the PDP from July. From federal and state lawmakers to incumbent governors, the ranks of the PDP swelled.

A gale of defection hit the National Assembly with 37 members of the House of Representatives and 14 senators leaving the APC.

The lawmakers said the decision was taken “after due consultation with our constituents and stakeholders in our constituencies, in proper recognition of Section 61 (1) (d) of the 1999 Constitution as amended, and for the fact that our party , the All Progressives Congress , is now factionalised.”

Akanbi, however, denied dumping the APC, stating that his name was put on the list in error. He also showed journalists a copy of the votes and proceedings after the plenary, which showed that he was not listed among the defectors.

A day after, PDP Benue State Governor, Samuel Ortom, formally announced his defection from the APC to the PDP.

Earlier, the 13 council chairmen and leaders of the legislative council in attendance promised to follow the governor to the PDP to ensure his re-election aspiration.

The Senate president, who first announced his exit on his Twitter handle, followed by a statement signed by him, said their interventions by the APC and presidency for him to stay back in APC came a little too late, because fifth columnist had done too much damage before they stepped in.

Governor of Sokoto State, Aminu Tambuwal, jointed the defection train, as he announced his defection to PDP.

He made the announcement in a tweet via the Sokoto Government House (@ SokotoGovtHouse): “ I have consulted widely especially with the Sokoto people and they have confidently assured me of my next political move. I hereby defect officially to the @ OfficialPDPNig. Power to the People.”

Tambuwal defected along with the Speaker of the state House of Assembly, Alhaji Salihu Maidaji, and 17 other members of the Assembly.

Indications that Speaker of the House of Representatives, Mr Yakubu Dogara, had also moved to the PDP emerged after he secured the party’s expression of interest and nomination forms to return to the House.

Dogara had earlier hinted at his desire to return to PDP, when members of his constituents visited him in Abuja over his ambition to retain his seat at the National Assembly in 2019. He had refused to state the political party that he would use to facilitate his ambition.

But while the PDP celebrated the defections into its fold, it lost, perhaps one of its most influential members, former minority leader, Sen Godswill Akpabio, who was former governor of Akwa Ibom State. His defection from PDP to the APC caused unease within his former party because he was said to be a strategic player in PDP’s quest to return to power in 2019.

Loss of Ekiti, Osun and other polls

The PDP suffered major electoral defeats this year. In Ekiti State, PDP as the ruling party, was dislodged by the APC. The former governor, Ayo Fayose and the PDP candidate, Prof Kolapo Olusola, were humbled in the state. The APC candidate and immediate past minister of Power and Steel, Kayode Fayemi, won the election, securing a return to the office which he vacated after Fayose defeated him in 2014.

In Osun State, the APC candidate, Gboyega Oyetola, succeeded the former governor, Rauf Aregbesola, who is also of the APC. The PDP’s candidate, Senator Ademola Adeleke, was the first runner up in an election that was characterised by controversies. The PDP has since gone to the tribunal to challenge the outcome of both elections.

Similarly, the recent House of Representatives by-election held in Bauchi, Katsina and Kwara states saw the APC, not only consolidating its presence in areas it already controlled, but taking control of areas it didn’t control before the polls. In Toro Federal Constituency (Bauchi), Alhaji Yusuf Nuhu of APC defeated Shehu Umar of the PDP with a difference of 9,102 votes.

In Ekiti/Irepodun/Isin/Oke-Ero constituency in Kwara State, Mr. Raheem Olawuyi of the APC triumphed over Saheed Alatise of the PDP; and in Kankiya/Kusada/Ingawa Federal constituency of Katsina State, Alhaji Abubakar Kusada of the APC won.

Also in the senatorial by-elections that took place in August this year the APC established its controlled in Katsina and Bauchi States. The APC made a strong showing as Ahmad Babba Kaita won the Katsina North Senatorial District after polling 224,607 votes against his closest rival, Kabir Babba Kaita of PDP who polled 59,724 votes. The APC candidate, Lawal Yahaya Gumau, also won the Bauchi South Senatorial seat.

However, in a bid to return to power at the center, the PDP, African Democratic Congress (ADC), the Reformed All Progressives Congress (R-APC) and 36 other political parties, in July, signed a Memorandum of Understanding (MOU) in a grand alliance to form a government of national unity in 2019.

The sole agenda according to the MOU, is to produce a joint Presidential candidate capable of winning the election and enthrone a new government at the expiration of President Muhammadu Buhari’s tenure in 2019.

He emerged after a keenly contested primary held at Adokiye Amesiamaka Stadium, Port Harcourt, the Rivers State capital on October 7.

Adoption of Atiku as consensus candidate

Convener of CUPP, Prince Olagunsoye Oyinlola, who made the disclosure while addressing a world press conference in Abuja said the former vice president met the criteria used in the choice of a presidential candidate for the coalition.

Oyinlola noted that the CUPP, an umbrella body of 45 registered political parties in the alliance, arrived at the decision, based on Atiku’s experience in administration, economic management and politics.

The party flagged off its presidential campaign for 2019. It has started off with the regional campaigns across the six geo-political zones of the country after which it will begin the state by state campaigns.