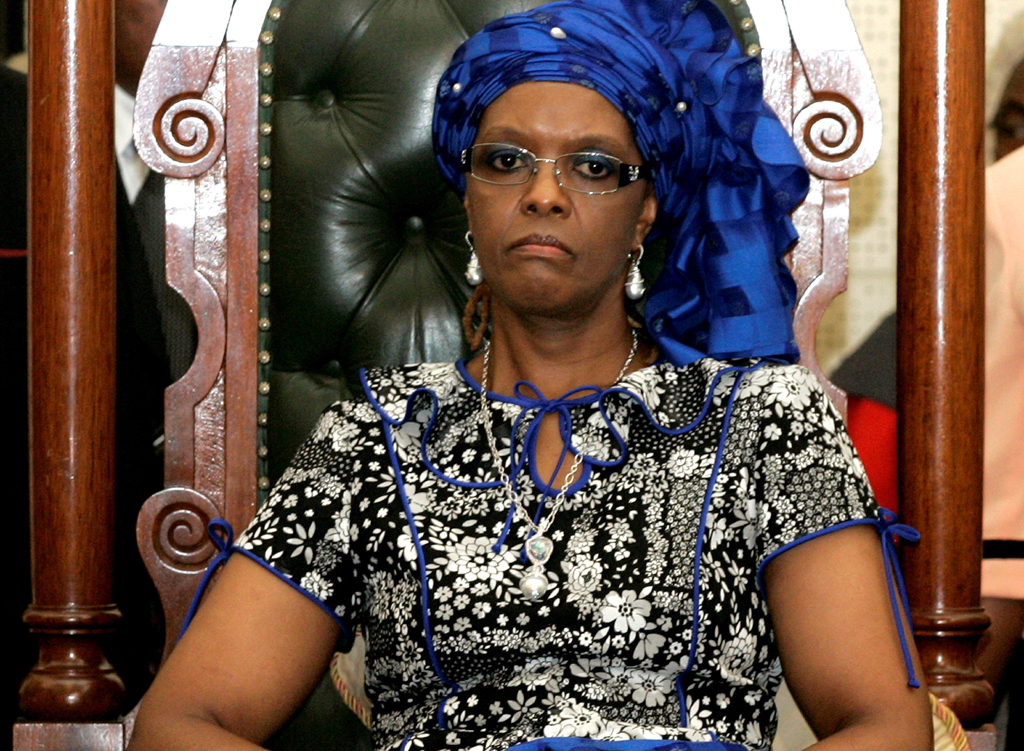 South African police said Wednesday that an arrest warrant had been issued for Grace Mugabe, wife of former Zimbabwean president Robert Mugabe, after she allegedly assaulted a model in Johannesburg in 2017.
The 53-year-old reportedly attacked Gabrielle Engels using an electrical extension cord at an upmarket hotel in the business district of Sandton where the Mugabes’ two sons were staying.

“The police investigated and we made an application to the courts and the courts granted a warrant for the arrest,” police spokesman Vishnu Naidoo told AFP.

“We are following the Interpol (International Criminal Police) processes, so we applying for assistance to secure her arrest,” Naidoo added.

Engels, now 21, suffered cuts to her forehead and the back of her head.

At the time, the government granted Mugabe diplomatic immunity, allowing her to leave South Africa.

Lobby group AfriForum, which has been pursuing the case on Engel’s behalf, welcomed the arrest warrant.

Robert Mugabe, 94, was ousted as president in November 2017 after a brief military takeover when generals stepped in to ensure that his wife was not in line to succeed him.

Hurried exit
President Emmerson Mnangagwa, his former deputy, recently revealed Mugabe had been in Singapore for medical care and was now unable to walk because of ill health and old age.

After the alleged assault, the then first lady hurriedly flew out of South Africa, accompanied by her husband who was visiting for a regional summit.

Grace — who is 41 years younger than her husband — fled despite South African police vowing to prevent her from leaving.

At the time, their two sons Robert Jnr and Chatunga were living in Sandton, where they have a reputation for partying.

“We were chilling in a hotel room, and (they) were in the room next door. She came in and started hitting us,” Engels told local media last year.

In 2009, Grace Mugabe was reportedly granted immunity in Hong Kong after repeatedly punching a British photographer for taking pictures of her at a luxury hotel.

Robert and Grace Mugabe have been living in virtual seclusion since his fall from power in November last year, after 37 years in office.

The couple were seen in public on July 30 when they voted together in the country’s first elections since his ousting.