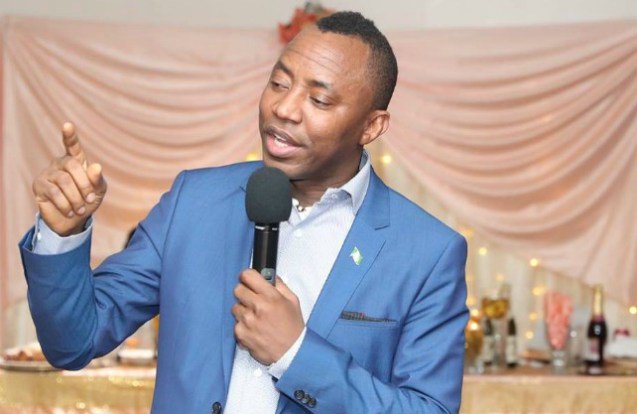 President Muhammadu Buhari had on Tuesday alongside over 68 other presidential candidates while signing the peace agreement assured that he will uphold the highest standard of conduct and ensure a peaceful 2018 election.

The Peace Accord is an undertaken by all the presidential candidates to ensure peaceful and rancour-free campaigns before, during and after the 2019 general elections.

However Sowore, Atiku Abubakar and Oby Ezekwesili were absent from the event.

Sowore, reacting on his Twitter page, said he was not officially informed of the agreement.

He also blasted organisers of the Presidential Debates over exclusion of his name which is set to hold on the 14th of January 2019.

Sowore wrote: “First they excluded AAC party from the signing of Peace Agreement and Memorandum of Understanding by Presidential Candidates and Party Chairmen in Abuja today (yesterday).

“Just emerged also they don’t want me to participate in the presidential debates, they claim I am out of control and may spill what I know about these oldies publicly during debates. These old guards still don’t get it!

“This is exactly what they are afraid of! They can’t stand the revolutionary spirit of a youthful fearless Nigerian sharing the podium with old cargoes to debate Nigeria’s future!