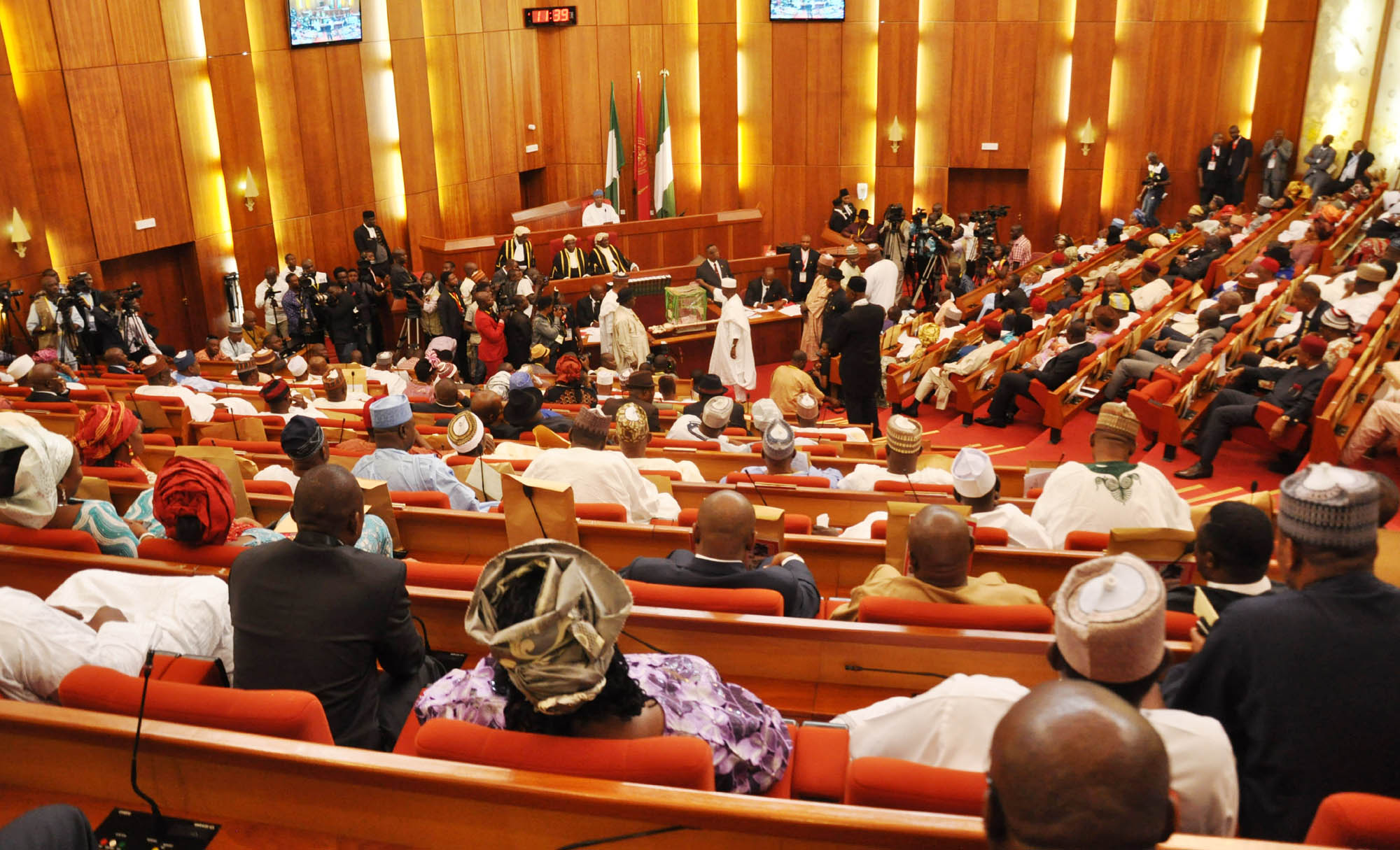 Senate Tuesday had a hectic time at plenary over the confirmation of nominees for appointment as chairman and members of the Independent Corrupt Practices and other related offences Commission, ICPC, as well as members of the Economic and Financial Crimes Commission, EFCC.

This is because most lawmakers from the South East geopolitical zones accused the presidency of exclusion and marginalization of the zones in most federal appointments.

They also alleged that President Muhammadu Buhari has been breaching the provisions of the principle of Federal Character as enshrined in the constitution against the zones.

The rowdy session was sequel to the contribution from senator Victor Umeh representing Anambra Central on the report of the Senate committee on Anti-Corruption and Financial Crimes for subsequent confirmation.

Umeh asked that the confirmation be stepped down and sent back to the presidency for reconsideration on the premise of the observations.

Umeh in his explanation specifically raised an objection to the confirmation of the nominees. He affirmed that the nominees did not reflect the federal character principle as provided by the constitution on section 14c.

He pointed out that the EFCC was made up of six members namely the chairman, secretary and four other members.

He said, “On the basis of equity and compliance with the Federal character principle. Following that one member of the commission must come from each geo-political zone without any controversy. Already we have the chairman of the commission, Ibrahim Magu from the northeast. Also, secretary of the commission came from the south-west and was confirmed two weeks ago.

“So, I consider this to be wrong. This is because the South-South and South-East have no nominees.

“If we go ahead to confirm them, it will amount to a miscarriage of justice”.

However, this situation resulted in a shouting match as debate degenerated into party lines that led the plenary dissolving into a committee of the whole.

But eventually, the Senate dissolved into executive session and resolved to step down the confirmation for further legislative action.