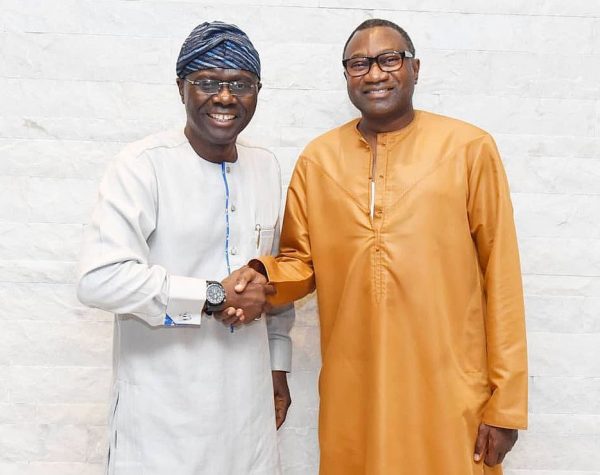 Otedola, who is the Chairman of Forte Oil PLC, was only last month rumoured to be running for governor on the platform of the Peoples Democratic Party, a report which he neither denied nor confirmed.

Media entrepreneur, Mr. Dele Momodu had said in September that Otedola had personally confirmed to him that he would be contesting the governorship seat.
However, in a post on his official Instagram handle on Saturday, Otedola described Sanwo-Olu as his childhood friend and the incoming governor of Lagos State.

A caption which was placed beneath a photo he took with Sanwo-Olu read in part, “Dinner at my residence yesterday evening with my childhood friend, APC governorship candidate, Jide Sanwo-Olu; the governor in waiting.”