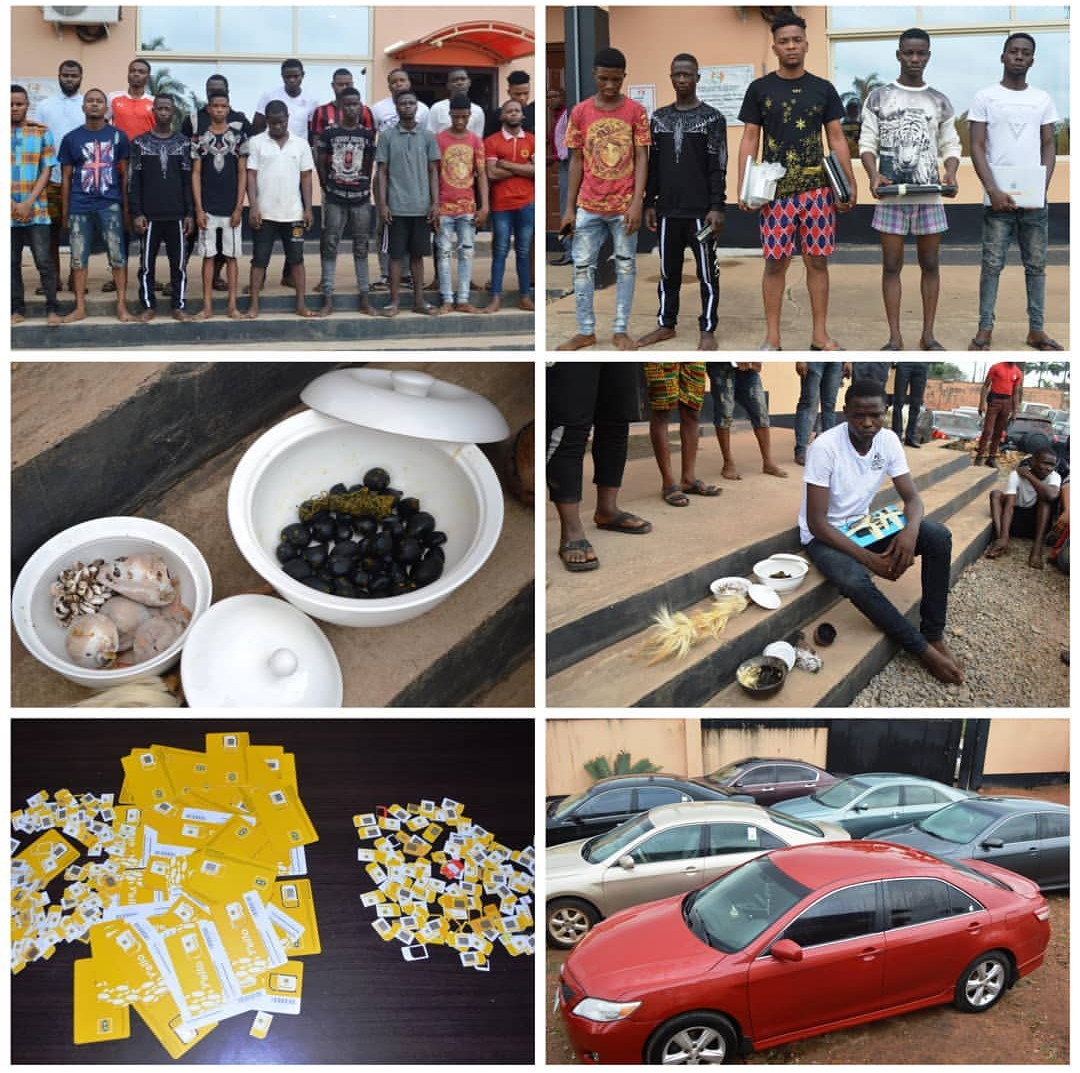 The commission’s acting Head, Media and Publicity, Mr Tony Orilade, made this known in a statement in Abuja on Thursday.

Orilade stated that the suspects, who were between 19 and 37 years of age, included 23 university students, out of which, nine were ladies who allegedly claimed to be girlfriends and or neighbours of some of the suspects.

The spokesman added that one of the suspects was from another university, while 12 others were not students.

He stated that EFCC got wind of their activities through intelligence reports alleging that the suspected fraudsters were obtaining money by false pretext.

He said, “The suspects carry out their activities by sending emails to unsuspecting victims mostly in the United States of America, while others were engaged in romance scam on several dating sites.

“At the point of arrest, EFCC operatives recovered over 300 SIM cards from them.”

Orilade said other items recovered from the suspects included different models and brands of exotic cars, 18 laptops, nine being of Apple brand, 50 cell phone, including 21 iphones and two bags of fetish objects.

He added that the suspects would be charged to court after investigation.