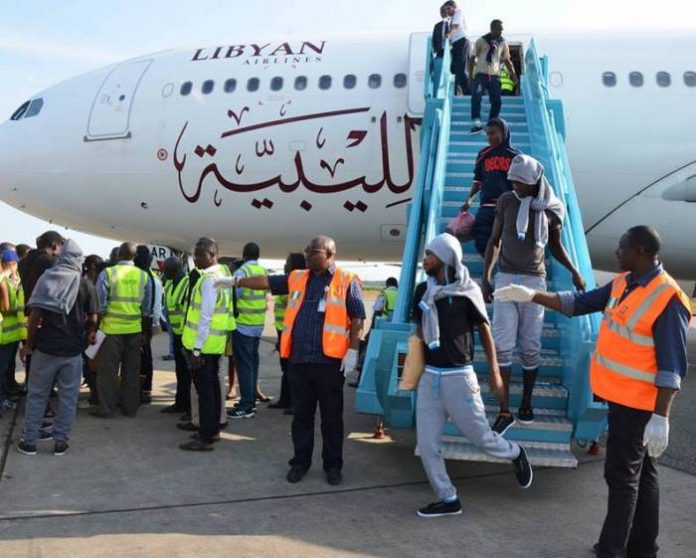 A fresh batch of 116 Stranded Nigerians returned to the country from Libya on Wednesday.

The returnees who had tried to proceed to Europe en-route Libya were repatriated from the North African country by International Organisation for Migration (IOM).

They were aboard Al Buraq Airlines with flight number UZ 489 that arrived MMIA cargo Wing around 12:40 am on Wednesday.

While advising the returnees to discourage irregular migration, Afolayan stated that migration is a fundamental right of every human being but when a man embarks on irregular journey violating the laws of other nations by not following the regular means of migration, the country of destination may apply the nation’s laws to handle such.

To end this exposure of such irregular migration, the Acting Zonal Coordinator revealed that Nigerians who wish to migrate can now visit the Migrant Resource Centre opened by IOM in conjunction with the Federal Government.

The Centres located at the Federal Ministry of Labour and Employment offices at Benin, Lagos and Abuja.

According to Afolayan “The Centres are opened to all Nigerians who wish to travel outside the country. They can access detailed information on their intended country of destination.”