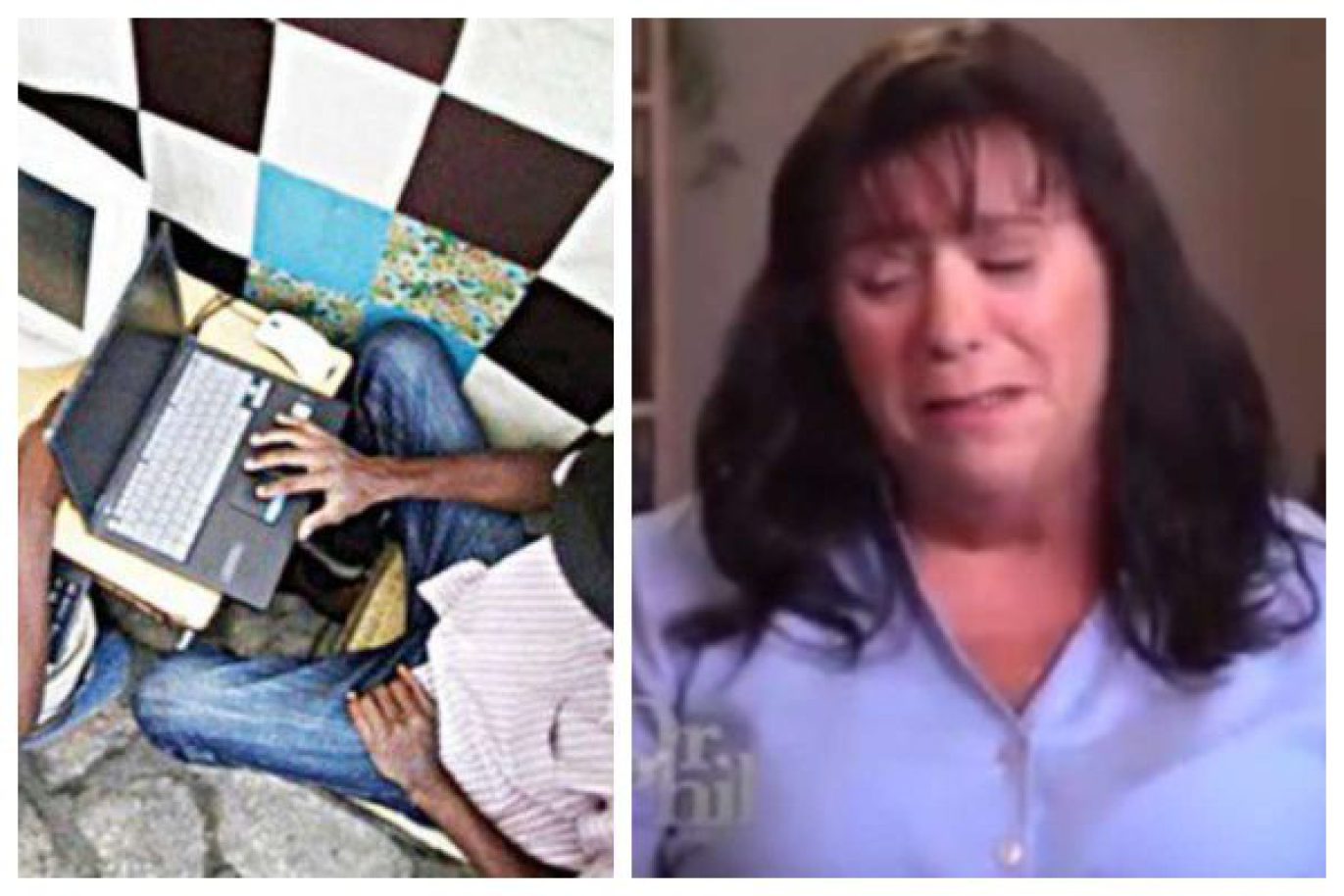 A recent victim of e-dating scam, identified as Mrs terry, is currently heartbroken after she found out that her online lover, Mr. Jeffery, who she sent all her money to, is an online fraudster.

The victim who went to seek relationship counsel at the hands of popular american talk show host, Dr phil, burst into uncontrollable tears while professing her undying love for Mr. Jeffery who told her he was a California based businessman.

Tragedy was said to have struck when Mr Jeffery suddenly went into the blue after she pumped some serious amount of money into his bank account.

She later discovered on Dr Phil’s show that Jeffery was a Nigerian based fraudster who operated from his base in Ekpoma, Edo state after his true location was exposed.

“if i met my scammer today i would like to say how could you be so cruel to hurt someone like me.

My family won’t talk to me, my bank won’t even let me in my bank, I am afraid i’m gonna get arrested.

Honestly i am so in love with my scammer, i miss him texting me and telling me that he loved me, and i was special to him”, she said.