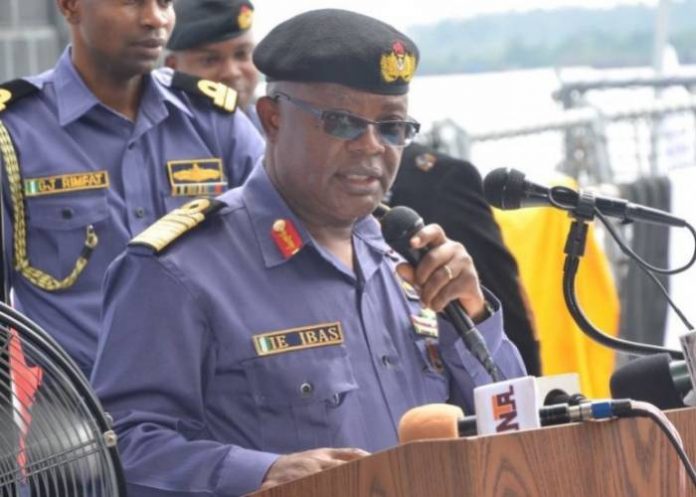 The cooperation between the Nigerian Navy and the British Royal Navy has been commendable, the Chief of Naval Staff, Vice Admiral Ibok-Ete Ekwe Ibas, has said.

Admiral Ibas spoke during the visit of the Prince of Wale and the Head of the Commonwealth of Nations, Prince Charles, to the Naval Dockyard, in Lagos.

The visit to the Dockyard, it was learnt, was to highlight and demonstrate UK’s maritime contribution to defence engagement in Nigeria and the importance of Lagos harbor to Nigeria.

The Chief of Naval Staff said the visit would also strengthen relation between the Briths Royal Navy and the Nigerian Navy and to raise the profile of UK-Nigeria maritime security cooperation.

The Prince of Wales, who arrived the Naval Dockyard, on Victoria Island, at 1:46 p.m., was received by the Vice Adm. Ibok-Ete Ibas.

Speaking with journalists after the departure of the Prince, Admiral Ibas said that the visit was an encouragement for the navy.

Said he, “The Nigerian Navy is an offshoot of the Royal Navy and he is also here to see by himself the progress being made with the cooperative support the royal navy has been giving Nigeria.”

The Head of the Commonwealth and his entourage had earlier arrived Lagos State aboard a B737 aircraft with Registration Number CS-TFY, which landed at the Presidential Wing of the Murtala Muhammed Airport at 12.08 p.m.

He was received by the Deputy Governor of Lagos State, Mrs. Idiat Adebule, officials of the United Kingdom Consulate and security chiefs.

The Prince’s three-day business and cultural tour of Nigeria is also to mark the 75th Anniversary of the British Council in Nigeria.

Prince Charles had arrived Nigeria, on Tuesday, alongside his wife, Camilla and were received by President Muhammadu Buhari at the State House in Abuja.