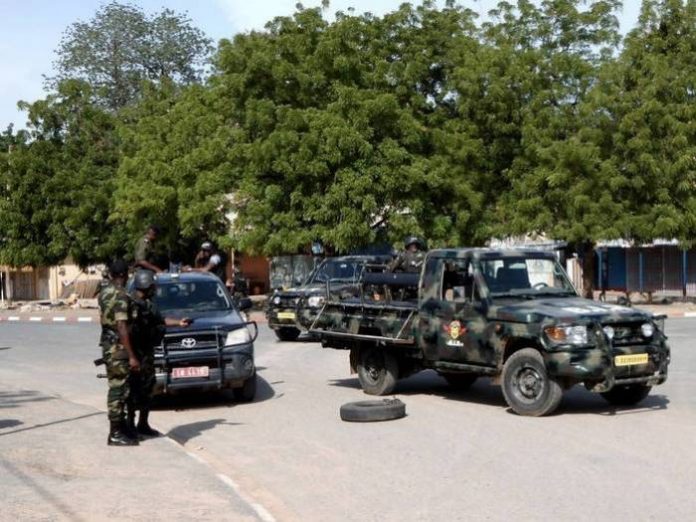 Authorities in Cameroon say search operations have been launched to ensure that some 79 children abducted from a boarding school in the restive Northwest region are found and brought back to class.

The students of Presbyterian Secondary School (PSS) Nkwen in Bamenda, their principal, a teacher and driver, were abducted by unknown men early Monday, according to the school authorities.

“Measures are being taken to ensure that the abducted students are brought back to the classroom,” said Northwest governor Adolphe Lele Lafrique.

A video allegedly of the abductees has been released on the social media by men who call themselves the Amba Boys, an armed group that has been fighting for the secession of the English-speaking Northwest and Southwest, and the creation of a new state called Ambazonia.

In the video, abductors can be seen forcing young male students to identify themselves, their parents and say they have been kidnapped by Amba Boys and they don’t know where they are.

Some parents have said on the social media that they recognised their children in the video, but separatist groups who had called for school boycott in the regions and promised severe consequences for defiance, have dissociated themselves from the kidnappers.

“The abduction of schoolchildren and teachers can never be justified. Whoever is responsible must release and return the victims immediately,” said Ms Samira Daoud, the Amnesty International deputy regional director for West and Central Africa.

The London-based human rights advocacy organisation has expressed solidarity with the families of the children and called on Cameroonian authorities to “do everything in their power” to ensure all those abducted are freed unharmed.

The abduction of the school children marked an escalation of the two-year long crisis that has gripped the two English-speaking regions.

The crisis started as an industrial strike by lawyers and teachers in 2016, but snowballed into an internal armed conflict since last year when separatists joined and symbolically declared the independence of the Federal Republic of Ambazonia.

At least 400 “ordinary people” and more than 175 members of the security forces have been killed according to statistics by local and international groups that have been documenting abuses in the escalating violence, including AI.

More than 300,000 people have fled the violence, many of them now living from hand-to-mouth and exposed to varied dangers in the forests, and some across the border into Nigeria.​