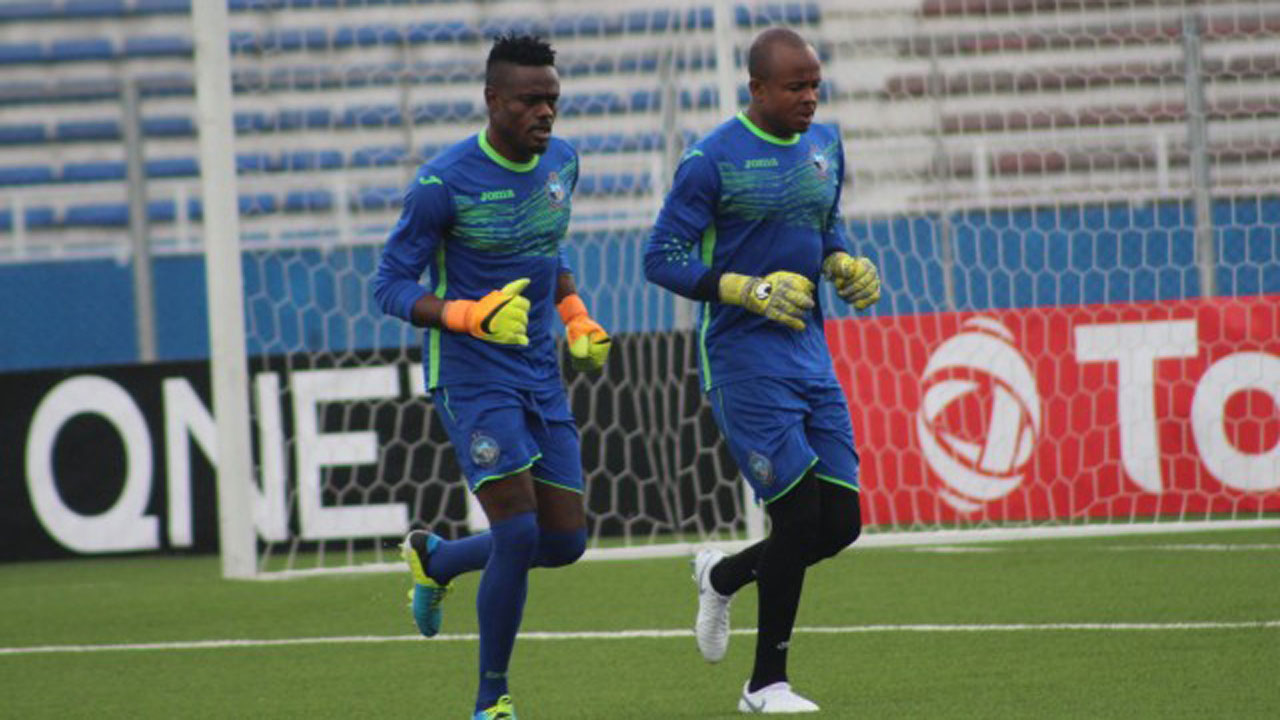 Enyimba Goalkeeper, Theophilus Afelokhai has finally been given the opportunity to stake his claim to the Super Eagles number one shirt.
He is replacing the custodian of the position Francis Uzoho, who was injured at the weekend in a Spanish second division game.

Super Eagles’ Manager, Gernot Rohr disclosed yesterday that Afelokhai and the other two regular goalkeepers, Daniel Akpeyi and Ikechukwu Ezenwa would get equal opportunity to fight for the position ahead of the African Nations Cup qualifier against Bafana Bafana of South Africa and the international friendly with Uganda this month.

Nigeria will travel to Johannesburg to keep a date with the Bafana Bafana in the race to Cameroun 2019 and return to take on Uganda three days later in Asaba.

In the first encounter between the Super Eagles and South Africa in Uyo, the Bafana Bafana ran away with a 2-0 victory. But Rohr is boasting that his lads will get their pound of flesh in Johannesburg.

Speaking through Super Eagles Media Officer, Toyin Ibitoye, Rohr said he chose to replace the injured Uzoho with Afelokhai due to the Enyimba goalkeeper’s recent form, adding that he would give them equal opportunity to grab the number position.

The Franco-German said he is not worried by Uzoho’s absence because any of the keepers in camp is good enough to mount the sticks in Johannesburg.

Rohr also revealed that he has been working on getting his team ready for the game in South Africa, saying he is currently reviewing past videos of matches featuring the Bafana Bafana to have a clear picture of their strengths and weaknesses.

He added that arrangement has been concluded to ensure the early arrival of the players in their new camp in Asaba, which will hold the international friendly against Uganda immediately after the African Nations Cup qualifier in Johannesburg.

“The three goalkeepers now have the opportunity to prove their worth in training to ascertain who gets the first team shirt. There is no automatic shirt for any of the goalkeepers invited for the game.

“Our camp will open on Monday in Asaba, Delta State and we are expected to depart Asaba on a chartered flight on Thursday or Friday for South Africa.

After the game in South Africa, the Super Eagles will return to the country for the international friendly against Uganda taking place in Asaba,” he said.

The Guardian learnt that one of the former regular goalkeepers in the team would be dropped after the matches if Afelokhai proved better than them.

This is because the coaches want to maintain only three goalkeepers in the team at every campaign.