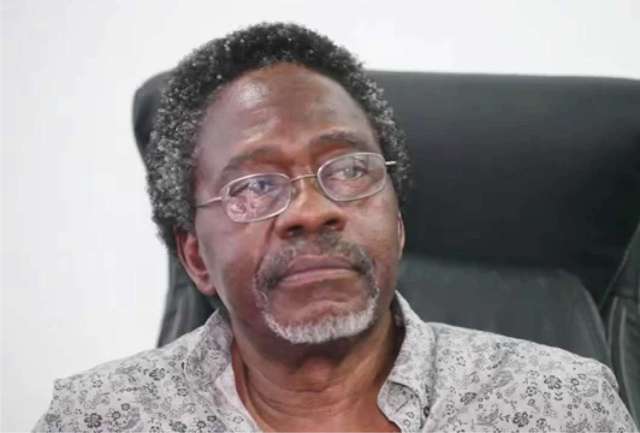 Akin Oyebode, a professor of International Law and Jurisprudence, has said the 1999 Constitution must be discarded before the country can make progress.

According to Oyebode, no matter the number of amendments made to the constitution, it cannot work for Nigeria because it is entirely faulty. He said Nigeria must heed the call to replace the 1999 constitution, which he described as a military document, with a new one.

Oyebode said this on Tuesday while delivering a lecture titled, “The Nigerian conundrum and the way forward,” at an event organised by the Oriwu Club, in Ikorodu, Lagos. A statement by the club quoted the professor to have argued that the late Chinua Achebe was right in his assertion that leadership was Nigeria’s problem.

He said, “the necessity for what the lawyers call an autochthonous constitution goes without saying. We cannot continue living a lie by calling a military decree, which propagates an untruth against itself, the country’s constitution.

More importantly, the military-imposed constitution is lopsided, inequitable and dysfunctional and it should be jettisoned and replaced with a more acceptable instrument which adheres with the tenets of true federalism. Except, until and unless this misbegotten contraption is totally overhauled by way of restructuring, the country would only be going round in circles in a manner reminiscent of the potter’s wheel –all motion, no movement.

The existing division of powers needs to be reworked such that the Federal Government would shed its bloated powers and the constituent units would exercise more powers in a re-configured federal system. Luckily, there is already in existence a draft constitution elaborated by the National Conference of 2014 in the event that some would argue that the country does not require yet another constitutional conference.

The plain truth is that no number of amendments or panel-beating can cure the infelicities of the Abdulsalam Constitution. Oyebode added that without restructuring, Nigeria was headed for collapse. Nothing is done except it is done right. A new constitution is a condition sine qua non for the rebirth of this country,” he declared.