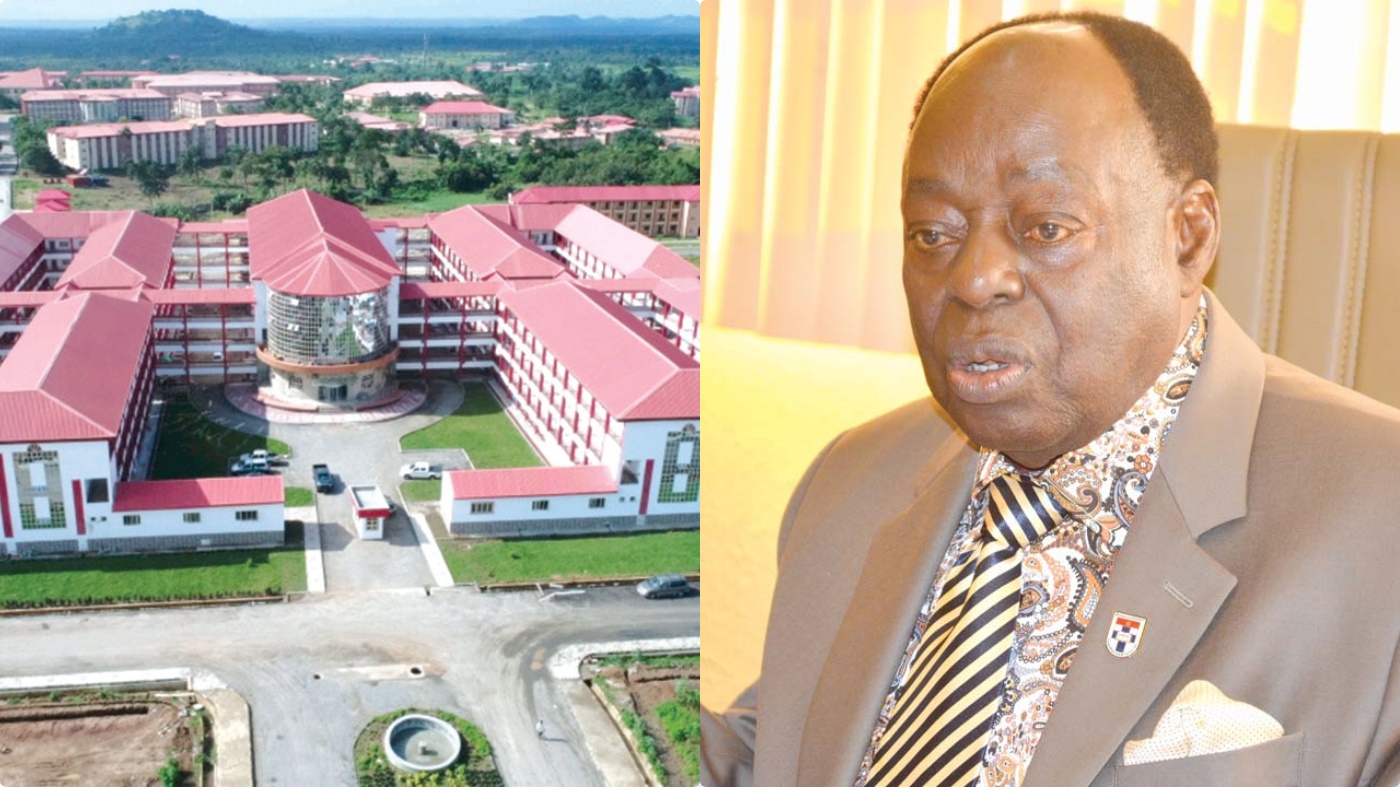 The founder of the Afe Babalola University, Chief Afe Babalola, has told the story of how he suffered to make his dreams come true.

According to a report by The Guardian, Chief Afe Babalola has said that he sold his properties in Ibadan, Lagos, Abuja and London as well as emptied his bank account to establish the Afe Babalola University Ado-Ekiti (ABUAD). The founder of ABUAD stated this at the weekend during the closing ceremony of the 2018 Afe Babalola University Agriculture Expo (ABUA-EX) where 48 farmers across the 16 councils of the state received N6 million from the legal icon to expand the scope of farming.

The Senior Advocate of Nigeria (SAN) described himself as a fulfilled man, having succeeded in touching lives positively.

While warning on the consequences of neglecting agriculture, the university administrator said that Nigeria risks becoming a beggarly nation by taking farming for granted.

He lamented that the youths were not interested in agriculture, noting that they were already having the wrong notion that farmers belong to the lowest rungs of the social ladder. Appealing to the Federal Government to re-establish the moribund Education Bank and rename it Education and Entrepreneurial Bank, for undergraduates to have access to loans for their education and go into enterprises after graduation, to reduce unemployment and hunger.

“It is imperative that we revive agriculture to ensure that Nigeria regains its lost glory in that all-important realm and in the overall interest of the people, as any nation that pays little or no attention to agriculture does so at its own peril of becoming a beggarly nation.

“When I started, virtually all the courses were subscribed to by admission-seekers, with the exemption of agriculture.

“Even the second year, we had less than 10 students and then thought of how to give incentives to our youths. This made me to reduce the tuition fee by 50 per cent; and if you graduate with good grades in the College of Agriculture, you will get N250,000 to go into farming, because I believe in the slogan ‘no farmers, no nation’.

“Before I established this school, I emptied my banks after selling off my property in Ibadan, Lagos, Abuja and London. But I am happy today that all stakeholders had described this university as the fastest growing in Africa.”