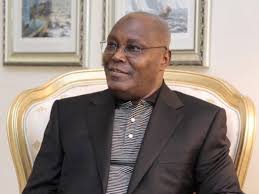 Atiku Abubakar might be granted a visa to the United States of America very soon if the information given by Gbenga Daniels is to be relied on.

Atiku Abubakar, presidential candidate of the Peoples Democratic Party (PDP), has received “signals from American officials” to apply for visa and it would be granted, Gbenga Daniel, Director-General of the Atiku Presidential Campaign Orgsanisation (APCO), has said.

Atiku is widely believed to be wanted for alleged corruption in the US, and this is usually identified as the reason he has not stepped on American soil for several years.

However, Daniel, a former Governor of Ogun State, said on Wednesday that the corruption perception about Atiku “appears to have been flogged”, as “there have been signals from the American officials that he should indeed come forward; they want him to come so that they would grant him visa”.

“This issue of corruption perception appears to have been overflogged[sic],” Daniel told Channels TV’s ‘Politics Today’ when asked about the challenge of marketing someone with Atiku’s image to Nigerians.

“I remember when we were running the campaign against the primary, and everybody kept confronting us with this perception; we kept saying the thing is no more than perception. Politically-motivated perception, which unfortunately appears to have stuck. But, by and large, I think as we move towards the real issues, people will begin to understand that all this is politically motivated.

“I have repeatedly said that we’re not in a Banana Republic. Nigerians, as a people, we know our weaknesses; anything that is negative about our leaders, we are ready to believe it hook, line and sinker. Until such a time when charges are pressed, then there are no issues as far as we are concenrned.

More than anything else, if you look at newspapers in the last few days, we’ve had even statements issued by the State Department that they have no issue whatsoever with Atiku Abubakar; and if I may chip this in, I can also confirm to you that in the last few days, there have been signals from the American officials that he should indeed come forward; they want him to come so that they would grant him visa. ”