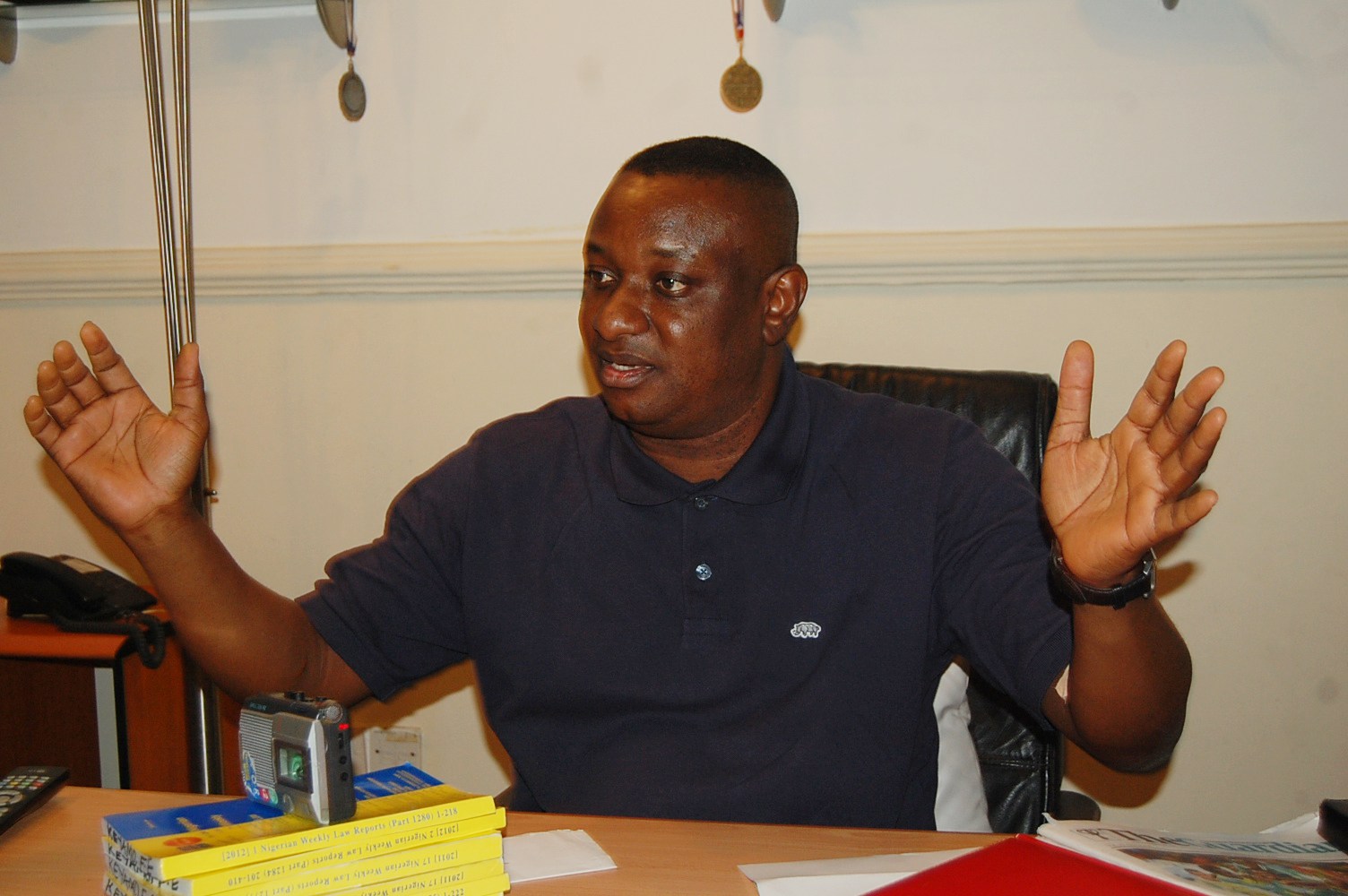 Director of Media of the Buhari Campaign Organisation, Festus Keyamo, has accused the presidential candidate of the Peoples Democratic Party (PDP), Atiku Abubakar, of failing in the management of public institutions during his tenure as Vice President between 1999 to 2007.

According to him, Atiku cannot run based on his achievements as a private businessman, but on his records as a government official, which he described as a “colossal failure”.

“How did Atiku Abubakar create jobs when he was Vice President? What we saw was a colossal failure in terms of management of public institutions.

“Under the privatisation programme, NITEL became a disaster. I will give you an example of one of the things he did while he was in power. That is the record we are running on,” Mr Keyamo said on Monday, during an appearance on Channels Television’s Sunrise Daily.

He made the comments in response to the Spokesperson for the Atiku Campaign Organisation, Segun Sowunmi, who believes Atiku deserves to become President of Nigeria in 2019.

According to Sowunmi, Atiku has the ability to address some of the nation’s major problems ranging from security to unemployment and job creation, especially based on his success as private businessman.

Keyamo, however, stressed that the reverse is the case, adding that the PDP’s presidential candidate cannot run on mere “promises”.

He said, “One of the best things that has happened to us as a party and to President Buhari is the emergence of Atiku Abubakar as the presidential candidate of the PDP and why is this so?

“It is so because Atiku Abubakar cannot run on promises and that is the picture my friend has tried to create. That he is coming with loads of promises, he has been a businessman, created jobs and all of that and they want to ride on the emotions of the people because of the unfortunate slump in the economy due to the slump in oil prices from which we are pulling out of now and they want to ride on these emotions to ride to power but then they have reached a dead end because Atiku Abubakar has a record in public office and in the creation of jobs”.

“I want everybody to get it clear this morning that Atiku Abubakar cannot run on promises of this whole thing about running a private business.

“He is not Donald Trump that came all the way from private business straight into the presidency of America.

“So, everybody should stare Atiku Abubakar and his team away from all those nebulous private jobs. He cannot run on those records. The books are not open to Nigerians. Nigerians don’t know what is happening in those companies, some of them are folded up. We want to run on his public records,” Keyamo said.