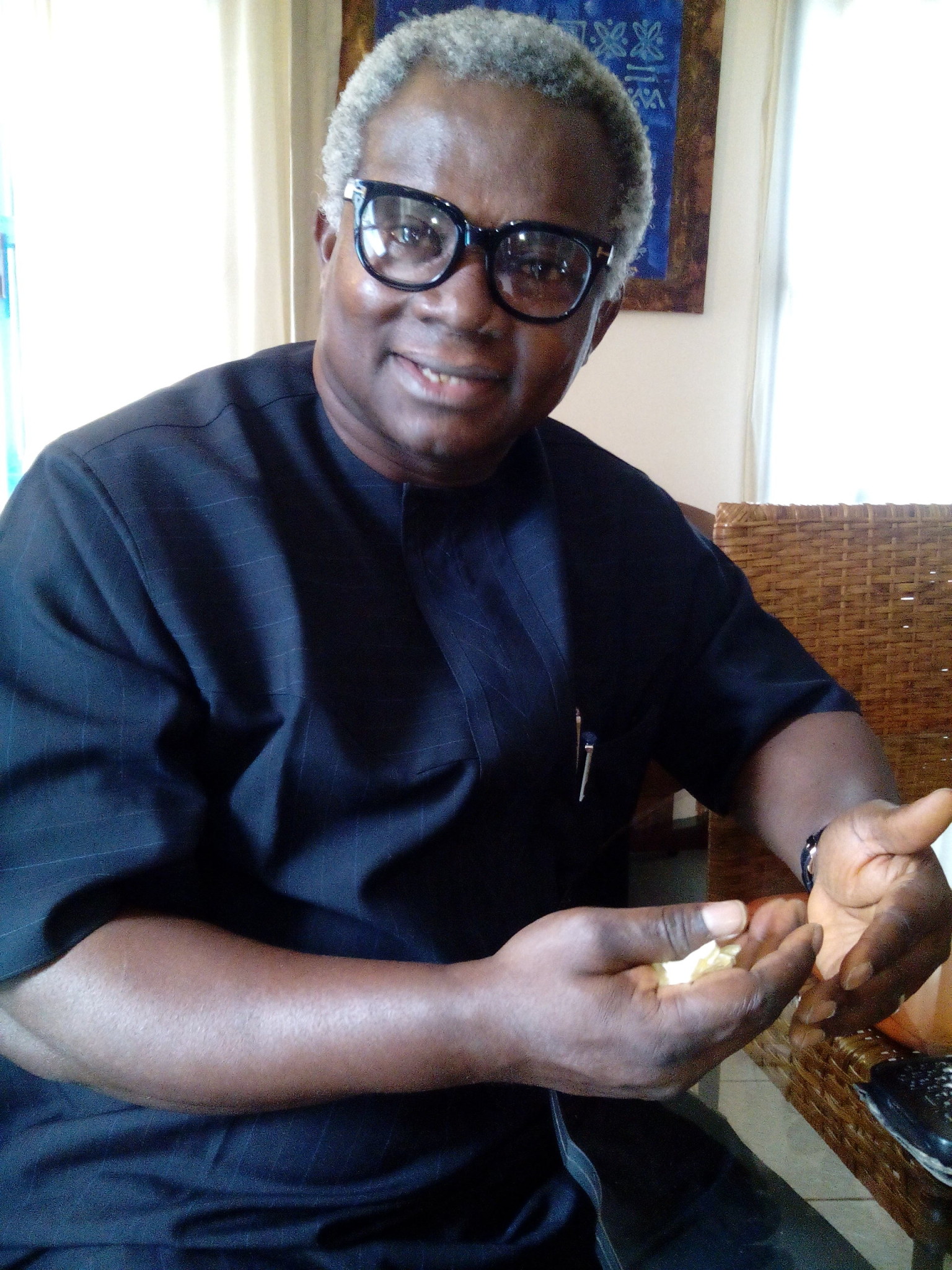 Ahead of the 2019 general elections, Osita Okechukwu, the Director General of Voice of Nigeria (VON) and chieftainof All Progressives Congress (APC) has advised Ndigbo and indeed all other Nigerians not to be swayed by the euphoria that greeted the emergence of former Vice President, Atiku Abubakar as the flag-bearer of opposition Peoples Democratic Party (PDP) and his choice of former Anambra State Governor, Peter Obi as his running mate.

Answering questions from journalists in Enugu on Sunday on the emergence of His Excellency, Alhaji Atiku Abubakar as PDP presidential candidate and His Excellency, Mr. Peter Obi as his running mate, Mr. Okechukwu, a senatorial aspirant for Enugu West senatorial district, reminded Nigerians that “all that glitters is not gold.”

The VON DG noted that restructuring and quick fix measures so far offered by Atiku truly glitters but were not gold, cautioning Nigerians to be careful before they jump into a “one chance bus.”

Okechukwu submitted that it was better to re-elect Buhari who had silently commenced restructuring of Nigeria through his Road, Rail, Agricultural and Power, RRAP Projects, which will enhance economic prosperity and anchored on prudent management of public funds.

He particularly advised Ndigbo to take Atiku’s promise to vacate office in 2023 after a tenure of four years with a ‘pinch of salt’, bearing in mind that political promises were hardly kept.

Prodded further on why he couldn’t buy into the Atiku restructuring agenda, Okechukwu said, “I personally would want Nigeria to be restructured like most Nigerians, except that pragmatism has to be our watchword. One, we were taught in Political Science class, indeed in elementary government class that there are two types of Constitution, one flexible and one rigid in amendment. The 1999 Constitution to the best of my knowledge is a rigid constitution. Accordingly, can Atiku amend it without the support of over 15 Houses of Assembly which are hesitant if not frowning at restructuring?

“Secondly, how do you convince Ebonyi, Enugu, Lagos, Ogun, Kaduna and host of other states indigenes to buy into regional structure? Please don’t forget that the Wawa (Enugu and Ebonyi) people rejected region in the both 1995 Abacha and 2014 Jonathan Conferences.”

Reminded that it could be done with Executive Order, which President Muhammadu Buhari had perfected, Okechukwu quipped, “there are fundamentals, which no matter how crafty or ingenious a president is he cannot order without the amendment of this rigid constitution.”

On the way forward, Okechukwu advised Nigerians to be careful not to jump into “one chance van,” for all that glitters are not gold.

He maintained that it would be better to re-elect President Buhari who has already commenced restructuring silently with his RRAP Projects, which will liberate our stagnant economy.

According to him, the fastest route to restructuring our dear country is the Buhari’s RRAP Projects, which will provide safety net for vulnerable groups who feel that they can’t survive without oil.

“The truism is that by the time Buhari completes 8 years in office, the 5,000 kilometers of federal roads, 5,000 kilometers of standard gauge rail lines, 5,000 additional megawatts of electricity and self sufficiency in food production must have picked at 80 percent completion. Majority will key into restructuring when their prosperity is magnificently enhanced. Today farmers in Kebbi State will not mind restructuring, so Buhari should be allowed to extend his agricultural revolution to other states.” he stated.

On Atiku’s pledge to do only 4 years in deference to the zoning convention, Okechukwu said one cannot in all honest say whether Atiku will stick to his pledge or not.

He added: “For some of us who have no foresight, we rely on hindsight. Hindsight knowledge shows that such political pledges are rarely kept. Consequently, Buhari’s remaining 4 years is constitution bound and better guarantees Igbo president in 2023″ he said.