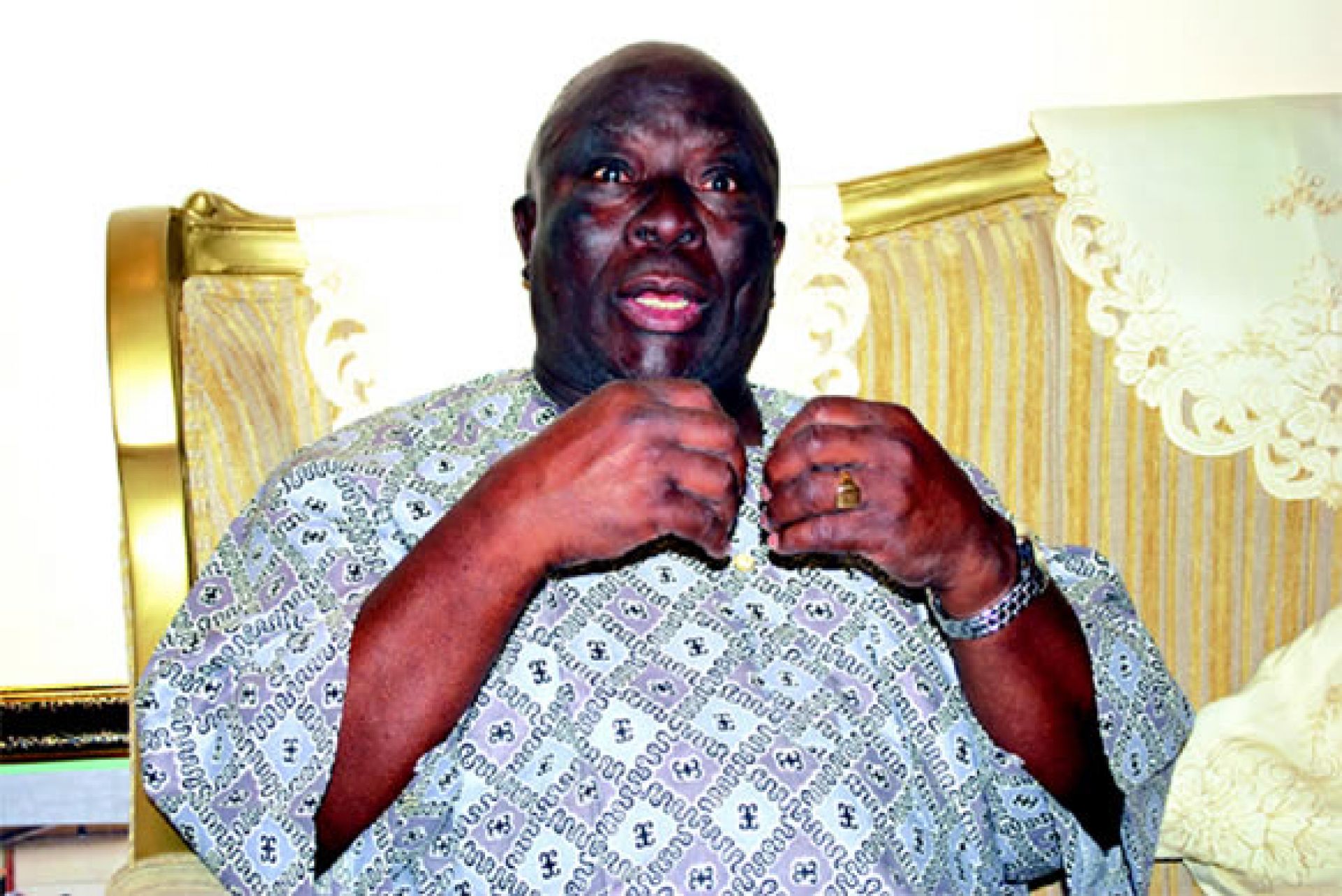 A chieftain of Afenifere, Chief Ayo Adebanjo, has opened up on the role played by Yoruba leaders in ensuring the reconciliation between former President, Olusegun Obasanjo and ex-Vice President, Alhaji Atiku Abubakar.

Adebanjo was among notable Nigerians who accompanied Atiku to the reconciliatory meeting on Thursday.

According to Adebanjo, the apex Yoruba socio-cultural group, had earlier visited Obasanjo as a prelude to the reconciliation.

Adebanjo told Sun that the Yoruba leaders, during their visit to Obasanjo, convinced the former military leader that all those who were opposed to the return of President Muhammadu Buhari in 2019 must forget their personal differences and unite against his re-election.

“We explained to him that if we are all serious about fighting the tyranny and bad government of Buhari, those of us who are opposed to him must forget our personal differences and unite to get rid of him (Buhari) or else we may find ourselves to blame.

“The fight against Buhari is not a personal war; it is a fight in the interest of the nation. All the qualities that were attributed to Buhari are fake. Does he really have integrity or is a collaborator in the corruption he claims he is fighting?

“The Maina case and the SGF case happened under him. Even the one that was caught in the Ministry of Health and was sacked, Buhari reinstated him. Can he defend his actions in these cases?

“So, if we truly desire to put an end to his reign, common sense dictates that we get rid of him. If we are not united Buhari will come back. That’s what we told him,” Adebanjo explained.

READ  Ghana turns back 24 Chinese from their airport over coronavirus

Adebanjo further explained that the reconciliation brokered between the former president and his deputy was a sign of unity and progress for the country.

“It is an indication that Nigeria is prepared to send away tyranny. Men of goodwill are united to get rid of the autocracy we are undergoing now. No matter what our personal differences may be, the opposition to this regime must not be divided.

“If we are divided he will get over us and deal with all of us. So, common sense dictates that no matter what our personal differences may be, we must forget it and unite to get rid of this government. Buhari’s return will sink this country further. All his claims in the past three years are fake, he only deceived us and we have seen the bottom line after three years.

“What we are passionate about is the restructuring of Nigeria, true federalism. By the time Nigeria is restructured all the differences, all areas of conflicts that we are experiencing as a nation will disappear, that is just the basis,” he said.