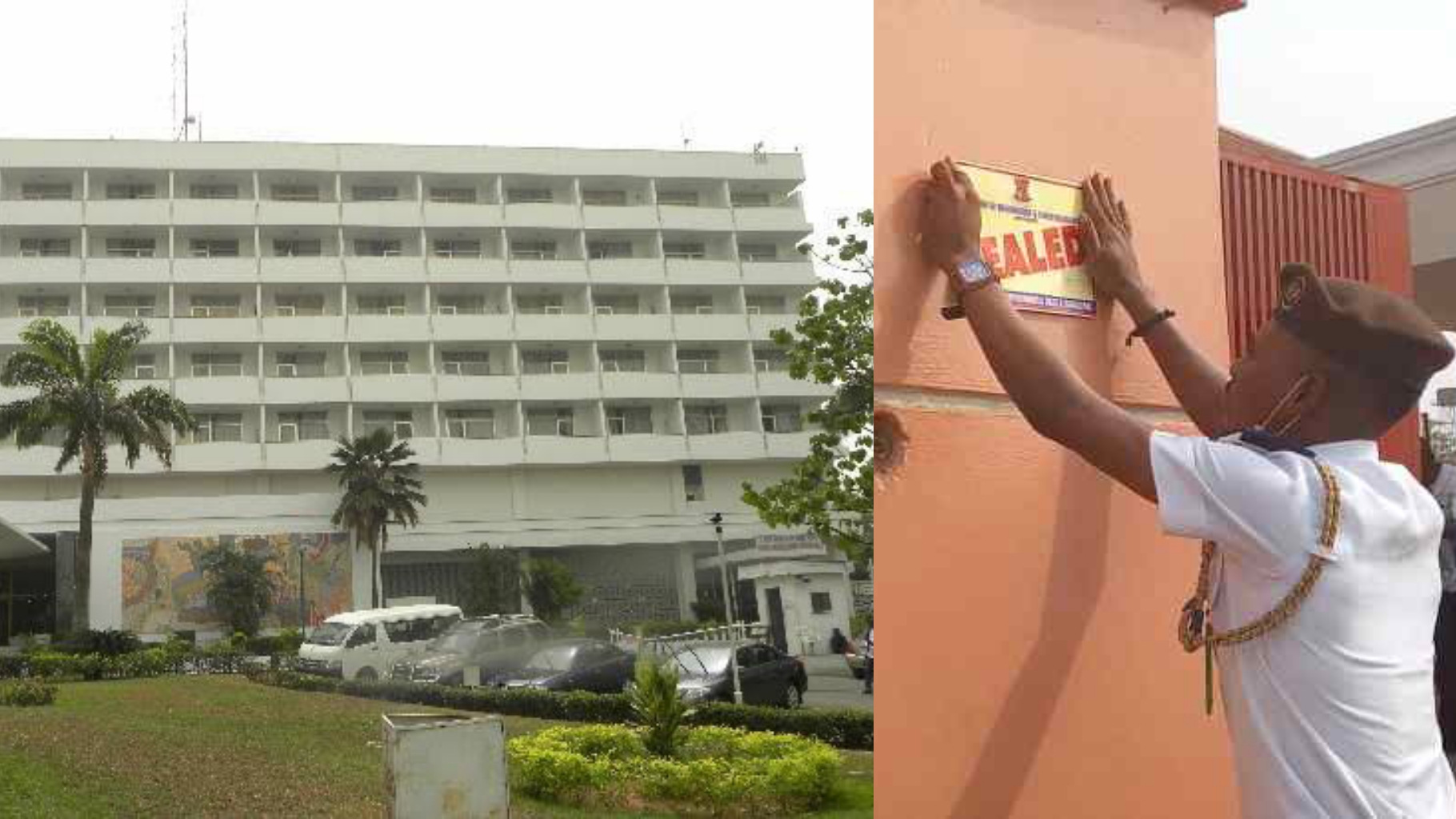 Oyo State government has sealed off Premier Hotel situated at Mokola hill and an event centre located at Eleyele, event centre and 80 shops for violating the environmental sanitation laws of the state.

The commissioner who was appalled with the attitude of the management of Premier Hotel for accumulating heaps of wastes within their premises, wondered why the management failed to co-operate with the designated authorised waste collector, despite the 7-days ultimatum given to them to evacuate their wastes.

“It is disheartening that despite efforts of this administration to provide an enabling and sustainable environment to residents, people still go ahead violating the environmental laws of the state whereas a filthy environment poses threats to individual’s lives in the state. When sickness comes, it knows no boundaries”, the commissioner added.

He explained that over 80 shops were sealed at Sango market for non-compliance of environmental sanitation laws which include indiscriminate dumping of wastes on the road median, accommodating a filthy drainage at the frontage of their shops and non-compliance with the authorised waste collector while also the event centre was sealed for patronizing illegal waste collector.

“As citizens, proper waste disposal is a way of exercising their responsibilities as well as giving concrete support to the government as such, putting an end to the scourge of filthy environment”, he added.

The team also moved to Gbaremu market and Adelabu Complex at Challenge to sensitize the traders on the importance of having a clean, safe and healthy environment while also giving them stern warning to comply with the environmental sanitation laws or else would face its wrath.