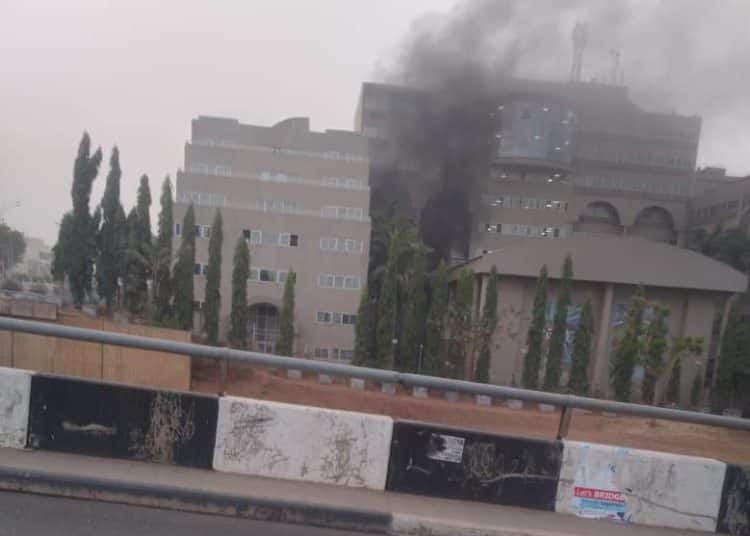 The Federal Ministry of Finance has reacted to the fire outbreak at its headquarters in the Central Business District of the Federal Capital Territory (FCT).

A fire incident occurred in the building on Wednesday with black smoke billowing from a part of the structure.

However, the fire was put out by personnel of the Federal Fire Service as stated by the spokesperson of the Fire Service, Abraham Paul.

Addressing newsmen hours after the incident, the spokesman of the ministry, Olajide Osundun, said the fire outbreak was caused by a faulty inverter battery used in powering the building.

Osundun stated that the faulty battery exploded and affected other batteries used in powering the inverter, adding that the fire outbreak only affected the inverter room located in the basement of the building.

The ministry spokesman said that no life was injured or lost in the fire incident and no other sections of the building were affected.

He disclosed that the incident would not affect their services as they are working to ensure that work continues in the ministry.