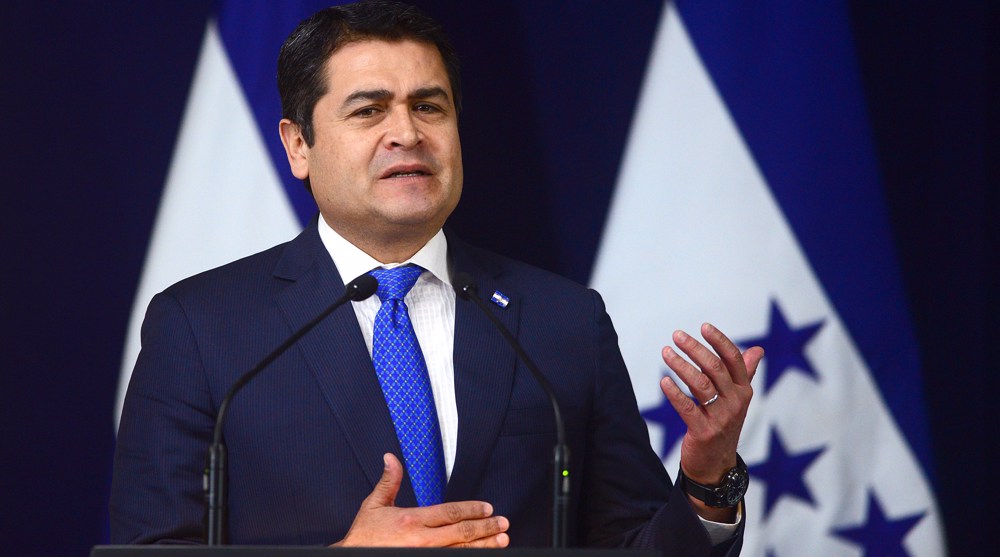 Earlier in the day, the Honduran Foreign Ministry said the US Embassy had requested the arrest of a Honduran politician. The ministry added the request had been sent to the Honduran Supreme Court.

While the ministry did not name the politician in question, officials speaking on condition of anonymity told the media the request was for Hernandez.

On Monday night, Honduran security forces surrounded Hernández’s neighborhood, and the Supreme Court of Justice scheduled an urgent meeting on Tuesday morning to select a judge to handle the extradition request.

The specific charges Hernández’s faces are not known, but federal prosecutors in New York had previously named him a co-conspirator in a drug trafficking case, alleging that his political rise was fueled with drug profits. Hernández has long denied any wrongdoing.

Hernandez, who was once considered a top US ally in the region, ruled the country for eight years. He left office on Jan. 27 after the swearing-in of President Xiomara Castro. The same day he was sworn in as Honduras’ representative to the Central American Parliament.

His lawyer, Hermes Ramírez, told local media his client had immunity as a member of the regional parliament and said government forces were not following proper procedures. He said Hernández was inside the home.

U.S. prosecutors in New York repeatedly implicated him in his brother’s 2019 drug trafficking trial, alleging that his political rise was fueled by drug profits.

His brother, Juan Antonio “Tony” Hernández, a former Honduran congressman, was sentenced to life in prison on drug and weapons charges in March 2021. At his sentencing Assistant, U.S. Attorney Matthew Laroche characterized the crimes as “state-sponsored drug trafficking.”