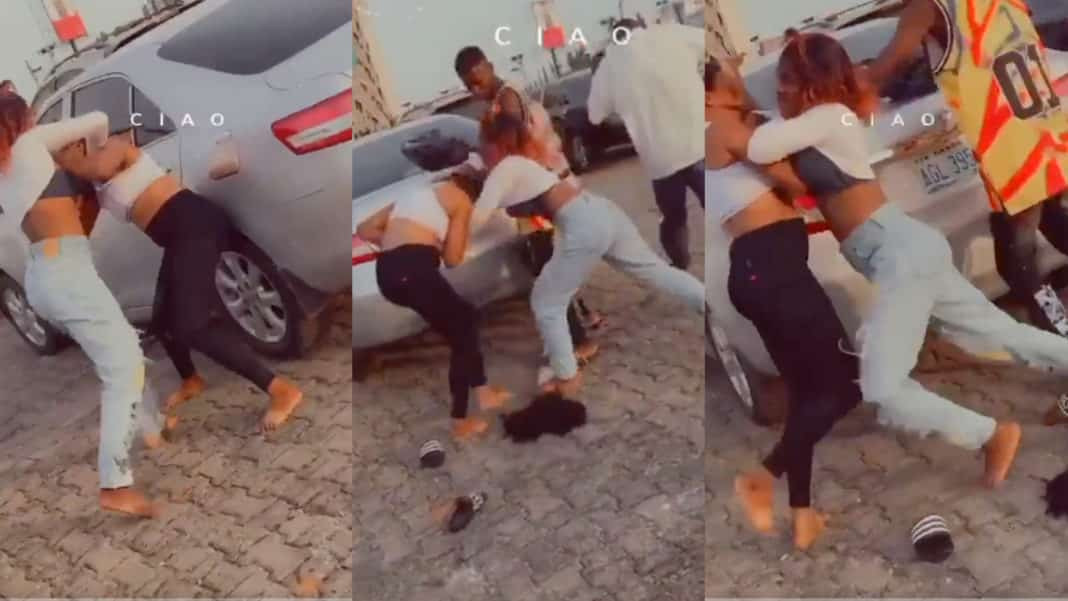 A fight ensued at a mall in Ibadan, Oyo state’s capital after a side chic and the main chic coincidentally met.

The fight was captured in a video and it took the intervention of onlookers at the scene to break up the fight.

It was further learnt that the girls were fighting over a man who is in a romantic relationship with both of them.