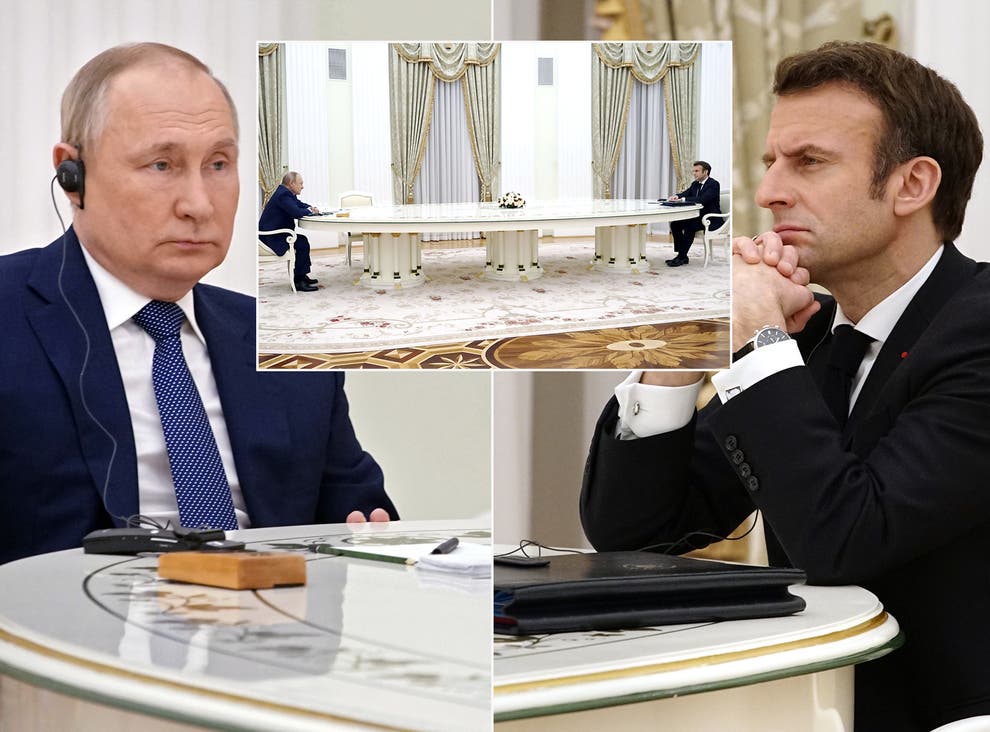 Russian President Vladimir Putin told his French counterpart Emmanuel Macron Saturday that accusations Moscow plans to attack Ukraine were “provocative speculation” and could lead to a conflict in the ex-Soviet country.

In a statement, the Kremlin accused Kyiv’s allies of sending “modern weapons” to the ex-Soviet country and being unwilling to force Kyiv authorities to implement Western-brokered agreements to halt a festering conflict in eastern Ukraine.

“Conditions are being created for possible aggressive actions of the Ukrainian security forces in the Donbas,” the Kremlin added.

Putin, who hosted Macron at the Kremlin last Monday, stressed that there was no reaction from the United States and NATO to Russia’s demands to provide security guarantees, the statement said.

“The unwillingness of the leading Western countries to push the Kyiv authorities to implement the Minsk agreements was also emphasised,” the Kremlin said.

The two spoke for one hour 40 minutes, the French presidency said, amid a flurry of diplomacy aimed at dissuading Putin from marching into his western neighbour. US President Joe Biden is due to speak to the Russian leader later Saturday.