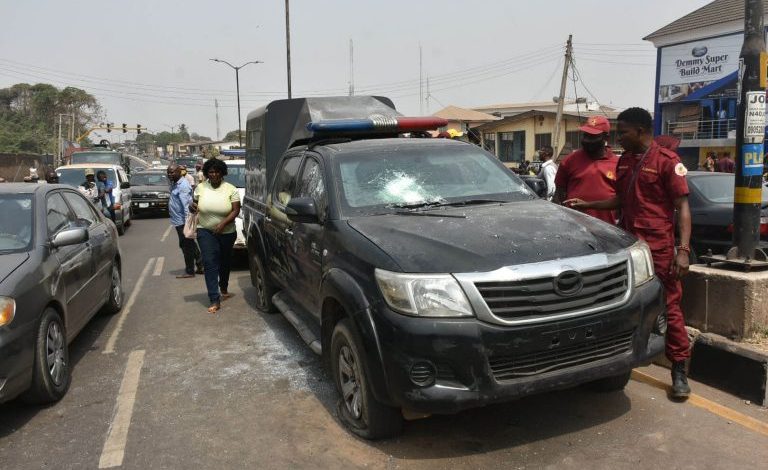 The identity of an operative in the Oyo State Police Command that was killed in the armed robbery attack on a bullion van in Ibadan on Thursday has been revealed.

It earlier reported that armed robbers attacked a bullion van at the Idi-Ape area of Ibadan.

There were claims that the robbers killed some innocent citizens, while several others sustained an injury in the attack.

The deceased was identified by his close associates as Mr Sulaiman Mubarak Olanrewaju.

A close associate to the police officer that was killed, Ridwan Abiola, in a message forwarded to Daily Post to confirm the identity of the victim.

According to Abiola, he has lost a brother and friend.

He said, “I lost a brother and friend to this incident. This happens when we have a government that condones the excesses of thugs.

“This happens when we have in government people who think they are capable but play politics with people’s lives.

“From Ibarapa to Shasha, Iwo Road, Idi Ape and other places not reported. May Allah have mercy on my brother and other deserving servants of Allah killed in these avoidable killings.

“May Allah take our rights from this nonchalant government and give them to us.”