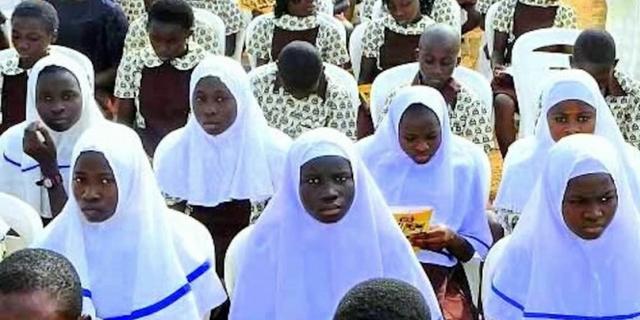 Adamu, who was represented by a senior worker at the Universal Basic Education Commission (UBEC), Hajiya Sidikat Shomope, made the submission during a public lecture marking this year’s World Hijab Day.

The minister asserted that all citizens are allowed to practise their religions as long as no harm or inconvenience is caused to other people.

Adamu said it was unfortunate that the controversy over the wearing of hijab in the country had gone down to the school level and generated needless clashes.

He noted that there is a lot the country can gain by dialoguing on matters of religious differences rather than resorting to violence.

Adamu, however, appealed to all traditional, religions and community leaders to use their offices to preach peace, harmony and tolerance.

He said: “Our children will remain citizens of Nigeria irrespective of their faith. They will live and interact in a world outside the school where no boundary exists between the religions.

“We should understand that the constitution of the Federal Republic of Nigeria guarantees freedom of religion to all citizens. This, by implication, means that all citizens are allowed to practise their religions according to the teachings of their faith as long as no harm or inconvenience is caused to other people.”