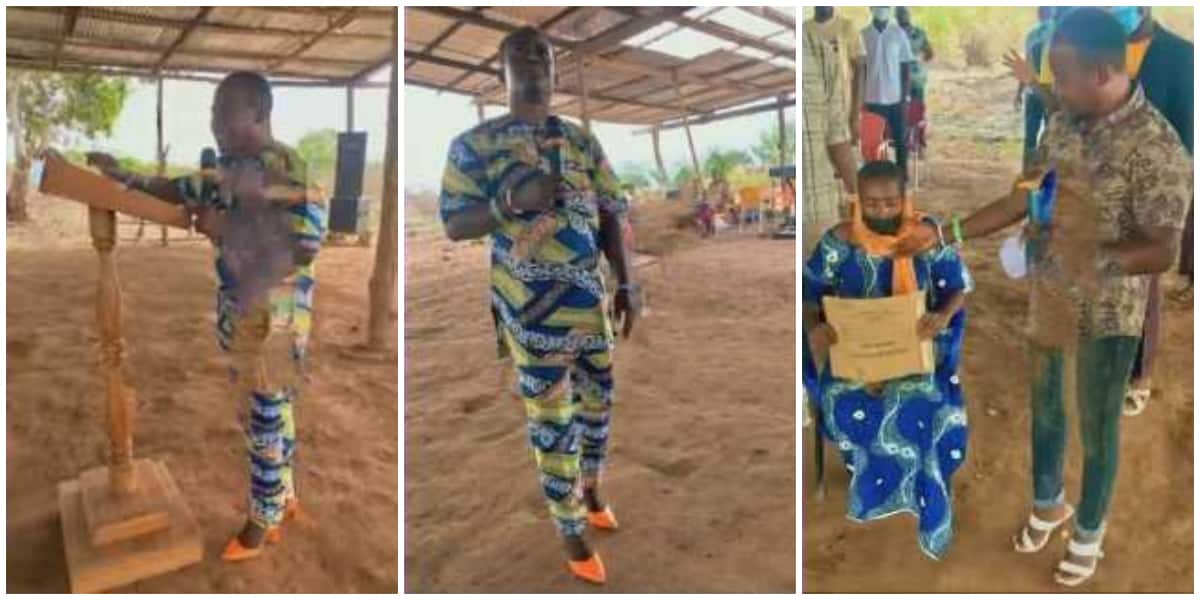 A male pastor has drawn internet reactions after pushing the boundaries with his choice of shoes.
This came after the video of a male pastor who is yet-to-be identified surfaced online, showing him ministering in church rocking high heels .

According to the video posted on Instagram, the preacher could be seen rocking matching heels with his outfit while preaching to his congregation and praying for them.

Reacting to the male pastor choice of shoe, some social media users noted that the pastor’s choice shows how open-minded he is; hence.

madona_simeon wrote; ‘But heels were originated for men 😍what’s the big deal?’

praisetech.gx wrote; ‘High-heeled shoes were first worn by Persian soldiers in 10th century to elevate their feet, giving them stability while shooting their bows and arrows. Since then, men heels symbolise high social stature, military power and fashionable taste.’

rukky_trigha_ wrote; ‘No lie though….High heels was made for men, na women oppress us’

hindinma_1234 wrote; ‘This better be photoshopped pls , I do not want to believe this is real cause how can he still have members !???????Hah!’

jayjaynebo wrote; ‘He dsnt wants his feet to touch the holy ground. Its a respect to God. And perhaps according to history. High heels were originally worn by men and designed for me. So any girl who wore it den was looking fr trouble. But pastor am against u wearing these’