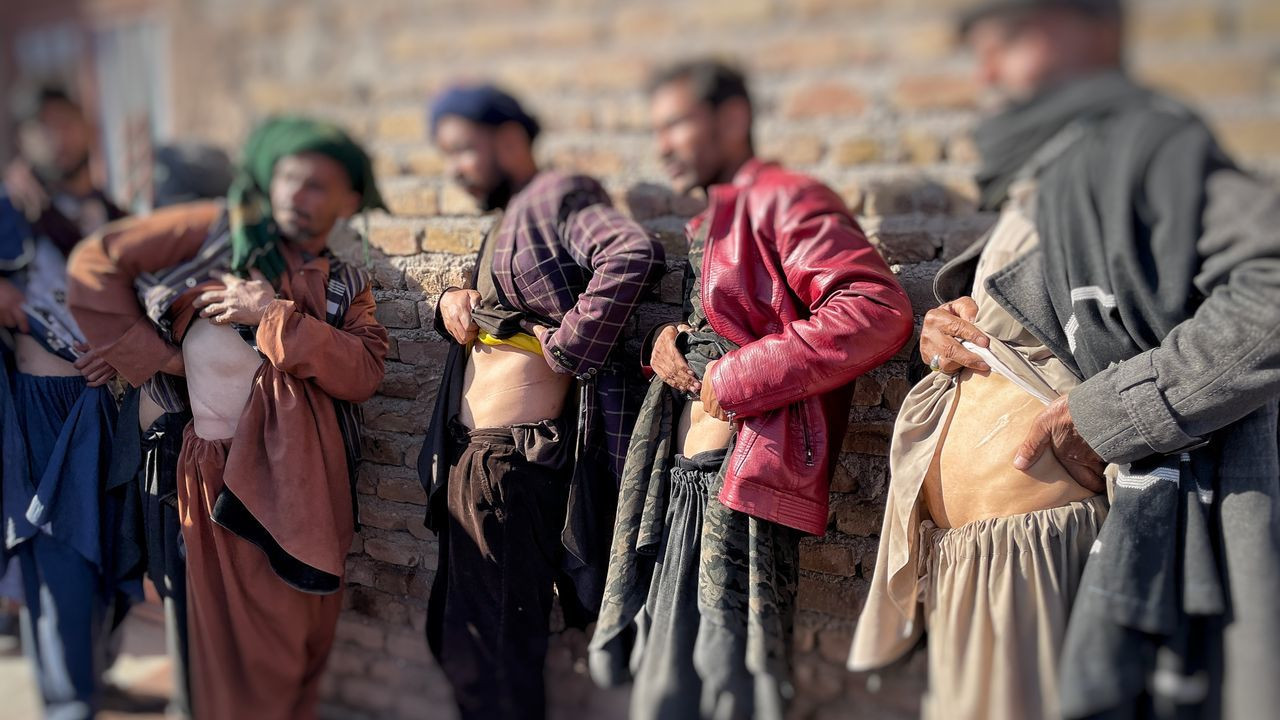 Starving families in Afghanistan are not only selling children, but have now been pushed into sell their organs to survive.

Thousands of US and UK troops pulled out of the South Asian country in August after a 20-year-long military mission, paving the way for a violent takeover from the Taliban.

Six months into the new regime, the economy has been ‘paralysed’, and over half a million people have lost their jobs, forcing many to sell their kidneys and even their children.

One family, including three brothers and two sisters, all underwent surgery and sold their organs for around £1,150 each in order to feed their relatives.

In a heartbreaking interview with Sky News, a 25-year-old mother, from a village outside the city of Herat, in the western part of the country, said: ‘About six months ago, my three-year-old son died of hunger.

‘I cannot see them all lose their lives… at least this way, someone else will feed them.’

Both she and her husband have already sold their kidneys and are now facing the unthinkable choice of which of their eight children to sell.

‘I can’t go to sleep every night with them crying that they are hungry.’

A growing number of Afghans are also selling their kidneys as it is the only way to meet basic food needs.

Harrowing photographs taken in a small village community outside Herat show rows of men and women showing large scars on their abdomens from the painful surgeries. Many of them have had to sell their organs to buyers across the border in Iran in an effort to repay their mounting debts.

One teenage mother, who said she had been operated on about a month ago, said: ‘We have no choice. We do this to feed our children.’

More than half of the country’s estimated 40 million population faces ‘extreme levels of hunger, and nearly nine million of them are at risk of famine’, according to the UN refugee agency, UNHCR.

International funding to Afghanistan has been suspended and billions of dollars of the country’s assets abroad, mostly in the US, were frozen after the militants regained control of the government.

Ramin Behzad, of the International Labour Organization (ILO) for Afghanistan stressed the situation is ‘critical and immediate support for stabilisation and recovery is required’.

He continued: ‘While the priority is to meet immediate humanitarian needs, lasting and inclusive recovery will depend on people and communities having access to decent employment, livelihoods, and basic services.’

ILO also expects that by the middle of this year, job losses will increase to nearly 700,000.