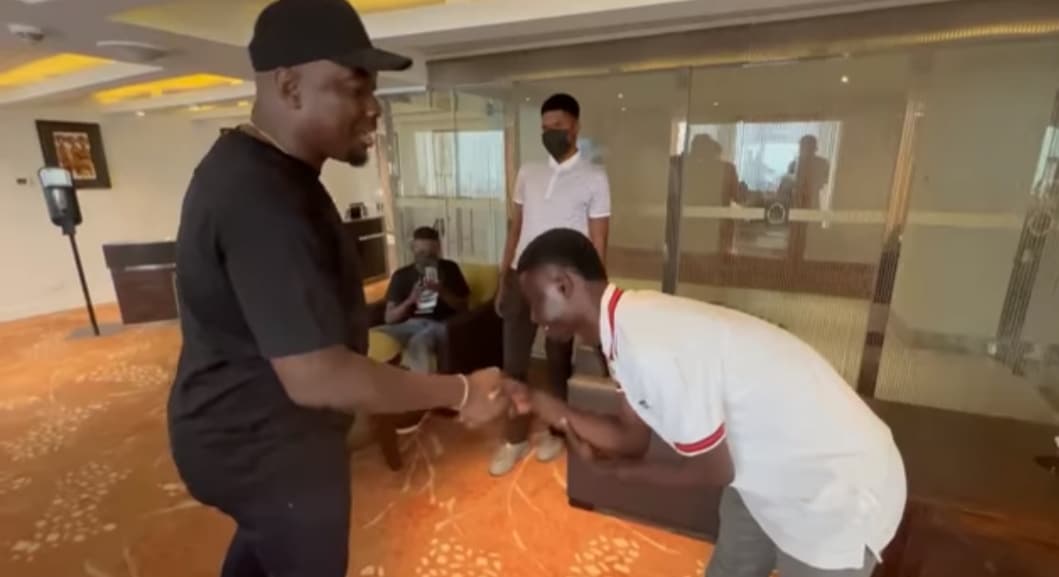 Billionaire businessman, Obi Iyiegbu, popularly known as Obi Cubana, has met with the Lagos hawker who was seen in a video giving money to inmates in the Correctional Service van.

Ekuma Jeremiah gave money to inmates in a Nigerian Correctional Service van in the Ajah area of Lagos State.

Jeremiah in the video was seen carrying a crate of bottled water on his head while he gave the inmates some of the money he had made.

Following the act of kindness, Cubana, during an Instagram live interview hosted by Daddy Freeze, offered to sponsor the hawker’s tertiary education in any institution of his choice.

Obi Cubana in an effort to fulfil his promise met with Jeremiah in the company of Daddy Freeze, the man who shot the viral video, Rocky and others.

The billionaire businessman also praised Rocky for bringing the hawker into the limelight.

Daddy Freeze stated that good things would continue to happen to Jeremiah as long as he remains serious and has a good plan for his life.

He also thanked people who God has anointed to uplift him.

He promised to remain faithful and do his best as regards his academics.