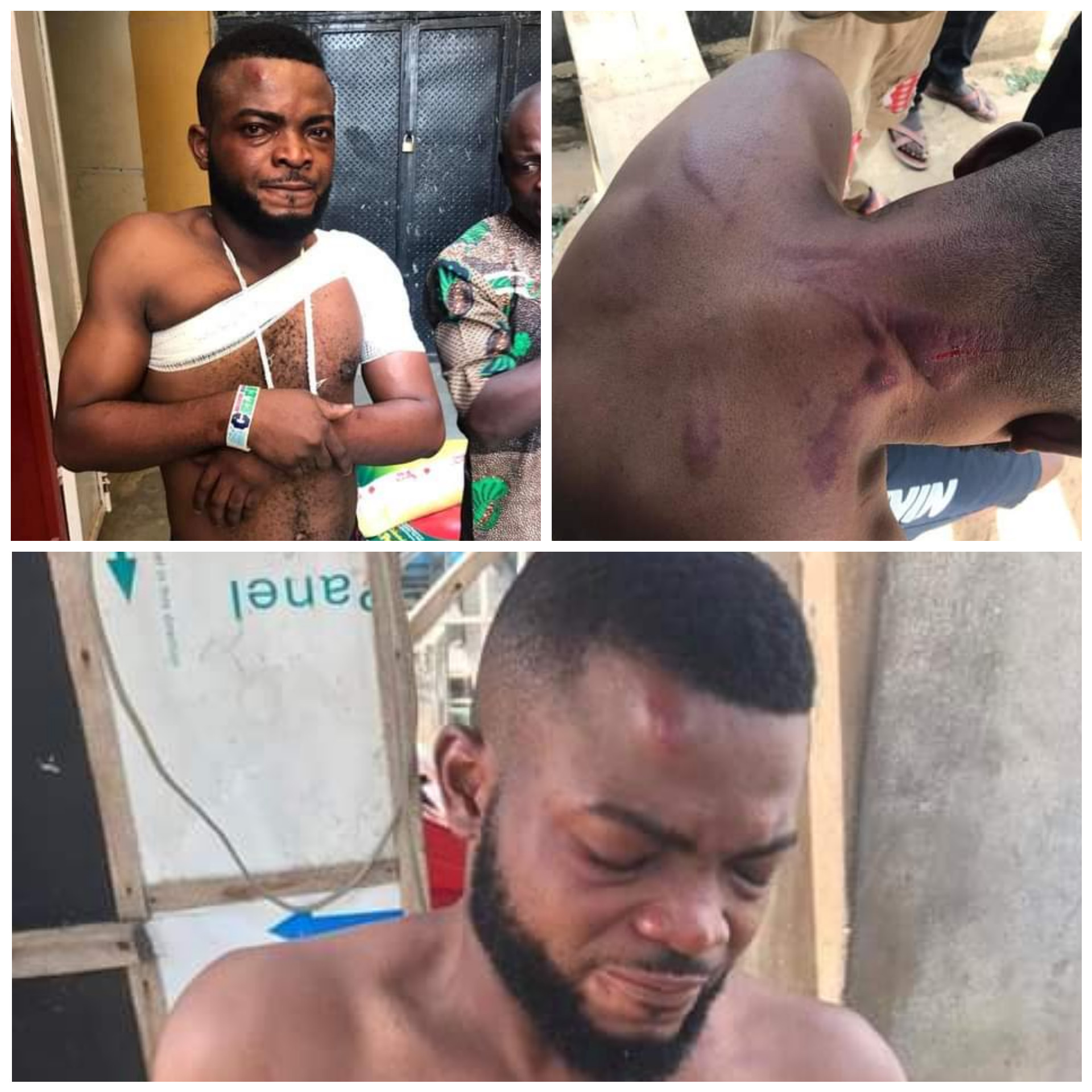 Samsom, in a Facebook post on Thursday, January 6, claimed that the police officers labeled him a Yahoo boy before assaulting him.

A Nigerian man, Arowolo Oluwafemi Samson has cried out on Facebook after police officers allegedly brutalized him, even dislocating his arm.

Samson accused some policemen at the Sagamu Road Police Station of labeling him a fraudster before beating him to stupor.

Samson in a Facebook post on Thursday, January 6, claimed that the police officers labelled him a Yahoo boy (internet fraudster) without evidence and beat him until his “hand dislocated.”

“I was brutalized by police telling me I’m a yahoo boy without evidence….. SHAGAMU ROAD POLICE STATION IKD…. Name of police: A.Y.” he wrote.

“They beat me till my hand dislocated. Now at Igbobi feeling the pain. Please this must stop. Pleading to the Oba of Ikorodu, Oba Shotobi and other traditional rulers take action. This bullying is too much.”