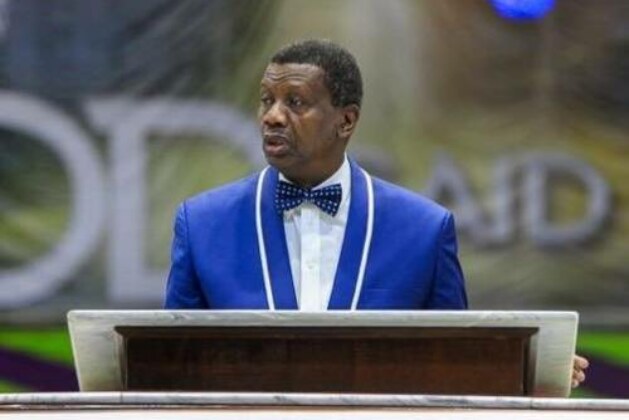 The General Overseer of the Redeemed Christian Church of God, Pastor Enoch Adeboye, says God has not told him who will become Nigeria’s President in 2023.

The respected cleric said this on Saturday during the 2022 Crossover Service of the church held at the RCCG International Headquarters along the Lagos-Ibadan Expressway.

Adeboye, while announcing his prophecies for the Year 2022, said many people had been asking him who would succeed the President, Major General Muhammadu Buhari (retd.), in May 2023.

He, however, said God had not revealed Nigeria’s next President to him, adding that prophecy is no guesswork.

With about a year to the next general elections in Nigeria, the political climate is becoming charged as political gladiators have started permutations on who to put forward as the presidential flagbearers of the two main parties – the All Progressives Congress and the Peoples Democratic Party.

Serial defections have also occurred in the last few months as part of posturing for who will occupy the much-coveted seat in Aso Rock just as the debate for zoning between the Southern and Northern regions has also dominated public discourse.

The 17 southern governors at various times had unanimously demanded that the next President must come from the region after the eight-year tenure of Buhari who is from Katsina State in North-West Nigeria.

APC National Leader, Bola Tinubu; Vice-President Yemi Osinbajo; Ekiti State Governor, Kayode Fayemi, amongst others have been rumoured to be interested in the 2023 Presidency but none of them has declared intention to run even as primary elections are expected to hold in political parties this year, ahead of the 2023 polls.

Speaking on Saturday, Adeboye said, “I just want to give you a hint of what Daddy (God) says is in store for the New Year. There are all manners of prophets out there. So, you will be hearing all manners of prophecies in the coming days. I am talking to you my children, not criticising anybody. I have my duty to make sure I teach my own children.

The 79-year-old cleric took a trip down memory lane and narrated how he was asked who would become Nigeria’s President in 1993. Adeboye said as the then President of the Pentecostal Fellowship of Nigeria, he was approached by his fellow pastors to know who would become Nigeria’s President between MKO Abiola of the Social Democratic Party and Bashir Tofa of the National Republican Convention during the planned transition to civilian rule by the military.

The cleric said, “When God speaks, some of the things He says may baffle your brain a little. Let me give you an example. I have always told you I am not a prophet; I am only a pastor but I hear from God once in a while.

“Years ago, there were three people contesting to be President of Nigeria— (MKO) Abiola, Aminu Kano and (Bashir) Tofa. At that time, I was President of Pentecostal Fellowship of Nigeria and so the other Pentecostal people asked me, ‘Sir, what do we do? Who do we vote for? There are three of them – all Muslims. Who is going to win sir?’ I said, ‘None’. They said, ‘How can that be? If you toss a coin, when it lands, it is either head or tail’. I said, ‘None’.

“They said, ‘Why?’ I said because God told me. He spoke in parables. He said the winner will be the loser, the loser will be the winner and luckiest of them is Aminu Kanu. Aminu Kanu died before the election. Abiola won but he never got to the throne and the fellow who lost at least didn’t have the embarrassment of winning and not reigning. The winner is the loser and the loser is the winner, the luckiest of them was the one who died. When it played out, my colleagues came to me and said, ‘Well, it seems as if you really heard.’”

Though the National Electoral Commission did not declare the winner of the 1993 election but unofficial results indicated that MKO won. The then military leader, Ibrahim Babangida, however, annulled the election citing electoral irregularities.

Continuing, Adeboye said, “For example, if somebody asks me today like many people are already doing, ‘Daddy, who is going to be our next President?’ The answer is: I don’t know. ‘How can you say you don’t know? You’re Daddy’s (God’s) son.’ He hasn’t told me yet. You don’t do guesswork with prophecy.”

The cleric, who grouped his prophecies for Year 2022 into three categories— personal, Nigeria and intercontinental— said God told him specifically that in 2022, “More than 80 per cent of projects starting in 2022 will succeed.

“This year will be a year of the emergence of previously unknown stars.

“In spite of everything happening, this year will be a year of some massive breakthroughs (in science and finance).

“Infant mortality rate will drop by at least 50 per cent.”

For Nigeria, he said, “You don’t make omelette without breaking eggs.” According to the Oxford Lexico dictionary, the English proverb means: One cannot accomplish something without adverse effects elsewhere.