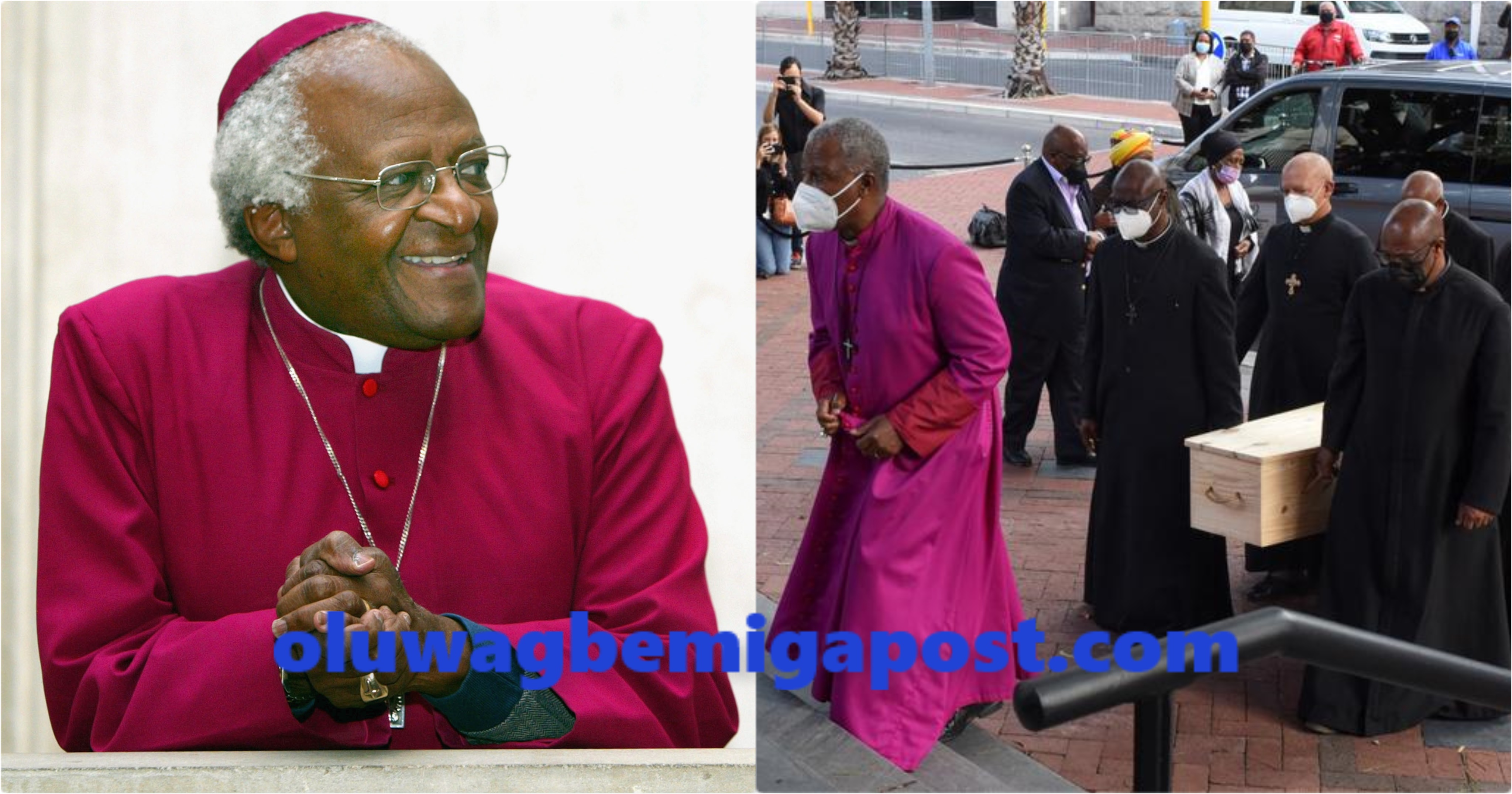 The late Archbishop Emeritus Desmond Tutu’s mortal body arrive at the St. George’s Cathedral where it will be lying in state for two days.

His daughters embraced by the priests, including Archbishop Thabo Makgoba, who are receiving the body.

Tutu, who became one of the faces in the fight against South Africa’s minority rule and apartheid, died Sunday in Cape Town.

The Archbishop Tutu IP Trust and the Desmond & Leah Tutu Legacy Foundation made the announcement Wednesday.

His funeral will be held at the cathedral on Saturday.

“The Archbishop was very clear on his wishes for hisfuneral,” the two organizations said,

“He wanted no ostentatiousness or lavish spending. He asked that the coffin be the cheapest available and that a bouquet of carnations from his family be the only flowers in the cathedral.”

Tutu’s remains will be cremated and his ashes interred at the cathedral. He served as the first Black archbishop of Cape Town from 1986 to 1996.