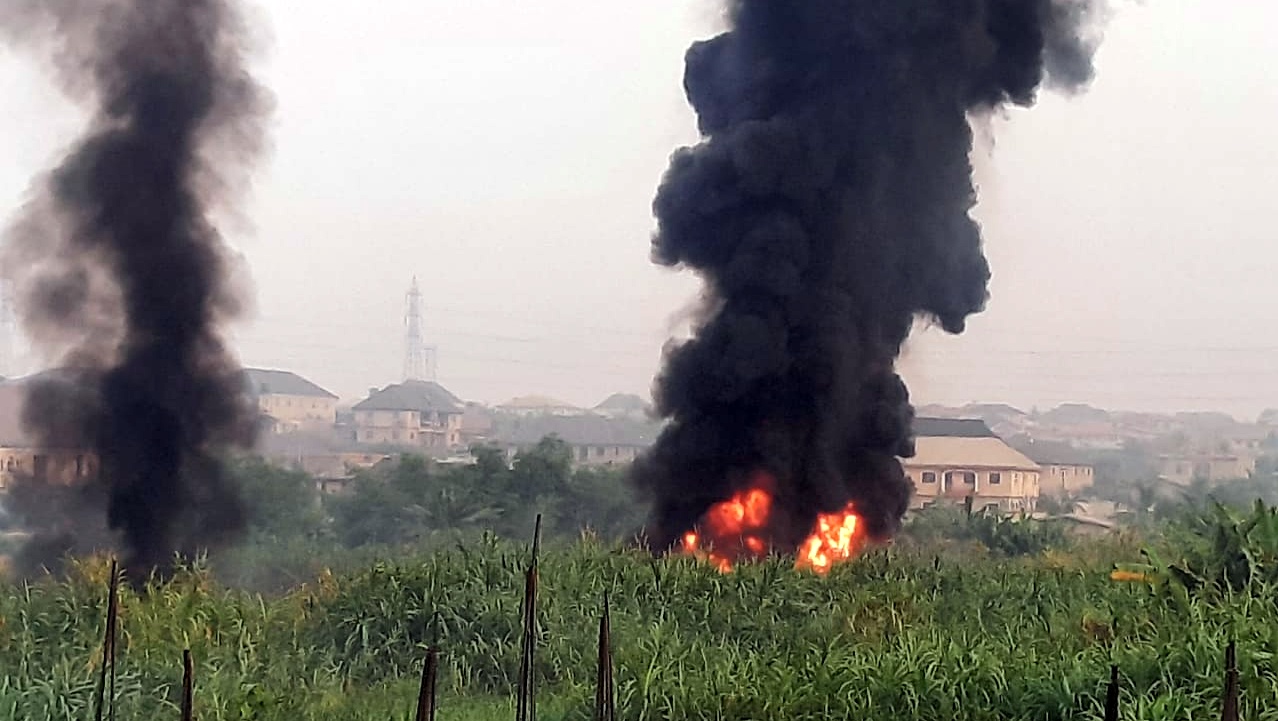 A pipeline explosion has rocked the NNPC Petroleum pipeline in the Baruwa area of Ipaja, Alimosho Local Government Area of Lagos State.

The explosion occurred in the early hours of Friday and details of the explosion were sketchy as of the time of filing this report.

Firefighters and men of the Nigerian Security and Civil Defence Corps (NSCDC) are already at the scene to salvage the situation.

Confirming the incident, Director, Lagos State Fire and Rescue Service, Adeseye Margret, said officials have been deployed to the site of the explosion.

Residents of the area have taken to social media to express their displeasure over the incident.

@iamoliver_may22 wrote: “Guys, please. My street in Baruwa is burning. Guys, please send help to Baruwa… There is a gas explosion and there is a power line in that area.”

@IamHorlapo said: “A year ago, we woke up to a gas explosion in Baruwa. Today, it’s another Pipeline explosion in the same Local Government which has claimed life and property. God, have mercy upon us in this community.”