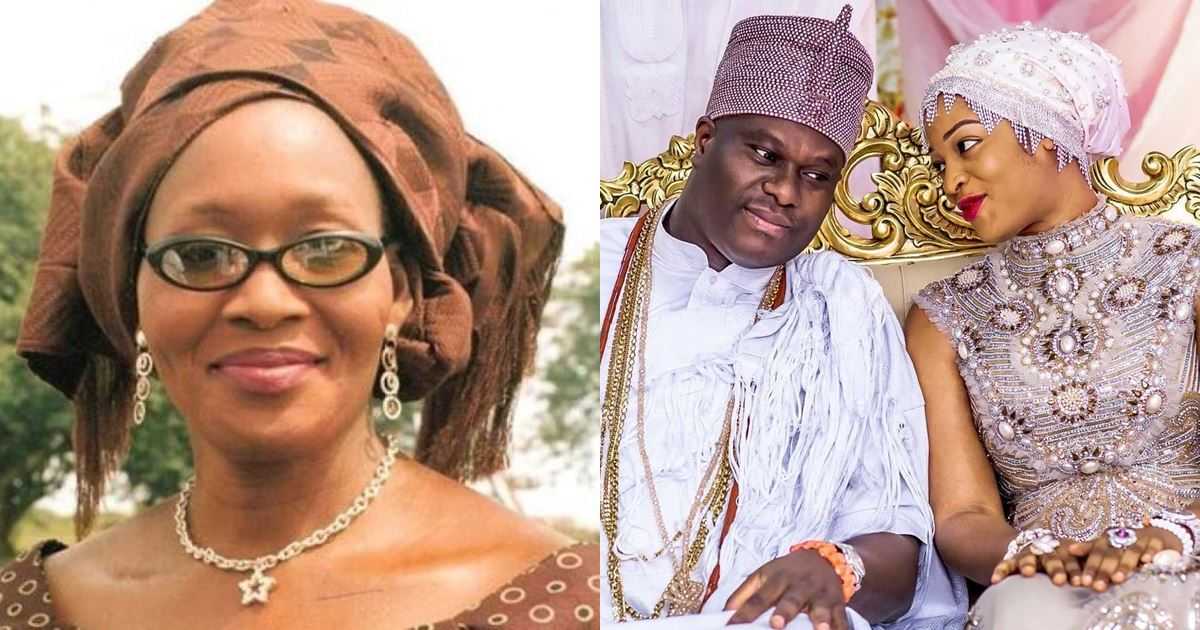 Investigative journalist, Kemi Olunloyo has reacted to the separation between the Ooni of Ife, Oba Adeyeye Ogunwusi and his wife, Queen Naomi.

Olunloyo while giving the reason for the separation claimed that the split was due to the ‘Oracle of Ife’ that predicted that the Ooni of Ife can’t survive with one wife.

The journalist while citing the example of the Alaafin of Oyo with numerous wives, added that there is nothing like monogamy in the palace.

Olunloyo wrote, “My king Alaafin of Oyo empire has plenty of wives, old and young, triplets and twins in the palace.

“The Ife oracle has predicted that Enitan cannot survive with one wife. He must have multiple wives. The divorced queens cannot stand that.

“Wake up people and don’t tell me Yoruba history. Ife was part of Oyo state. I personally don’t recognize Osun. Olori Afolashade Ashley and is an entrepreneur and an accountant.

“The new queen runs a non-profit organization known as Ashley Adegoke Foundation. There is no such nonsense as monogamy in the palace.

“That’s the scam part of marriage. Wanna marry a King, get ready for other queens. Go explore the lives of Sijuwade and Aderemi monarchy in Ife.

“Enitan also had a daughter at 19yrs with a baby mama. He is a King and must have many wives.”