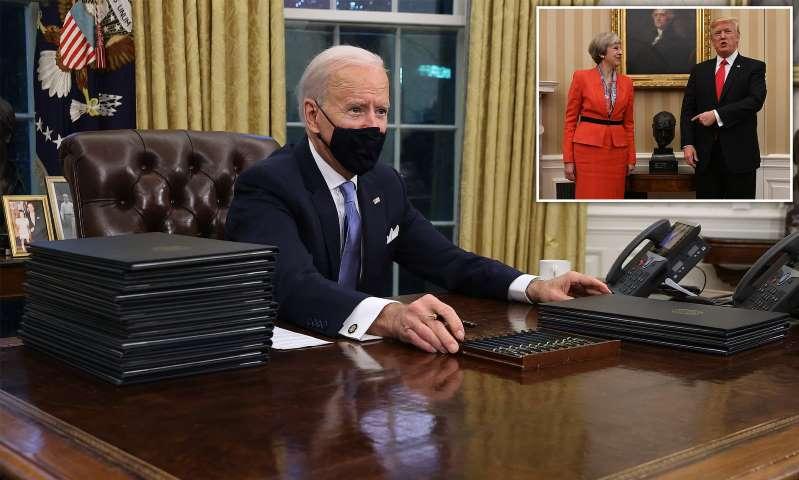 Biden, in a statement from the White House, said the Administration has formally established the U.S. Council on Trans-national Organised Crime.

”The two executive orders are Establishing the U.S. Council on Transnational Organised Crime and Imposing Sanctions on Foreign Persons Involved in the Global Illicit Drug Trade.

”This will help to counter the threat posed by transnational criminal organizations to American communities,” he said.

He said it would ensure that the U.S. Government effectively leverages all appropriate tools to counter the threats posed by transnational criminal organizations.

As part of the initiative, the Biden administration also sanctioned 25 targets, including five Chinese nationals, engaged in trafficking or producing fentanyl for sale in the United States.

The revamp comes as the global drug trade has changed in a variety of ways, including how it conducts business, which drugs are most profitable, where precursors come from and how transnational criminal organizations work to avoid government interference.

The drug trade over the past two decades has also shifted toward more dangerous synthetic opiates that have driven U.S. drug overdose deaths above 100,000 per year, according to the Centers for Disease Control and Prevention (CDC).

Under the first order, Biden created the U.S. Council on Transnational Organised Crime (USCTOC), which will converge cabinet-level representation from the Departments of Justice, Homeland Security, the Treasury, State, Defense, and the Office of the Director of National Intelligence.

The USCTOC will replace the U.S. Government’s Threat Mitigation Working Group, created in 2017 to coordinate efforts against the global drug trade.

Between the new coordinating structure and expanded sanctions authority, the Biden administration hopes to disrupt the supply chain and financial networks that fuel the international drug trade.

Historically, drug trafficking organizations have been quick to adapt to new law enforcement strategies, but targeted sanctions have had some success in deterring open financial engagement between large economic actors and those profiting from drug trafficking.

The new sanctions regime is also part of the Biden administration’s pledge to combat corruption, particularly in the Western Hemisphere, where government corruption and migration patterns are closely related.